'Chipko Movement' in Assam to save Doboka Reserve Forest; govt assures no felling of trees, to look for alternatives

Speaking to The Northeast Today (TNT), Assam Forest Minister Parimal Suklabaidya said, "The Forest Department will do everything in its capacity to ensure the trees are not chopped and will try and find alternative road alignment." 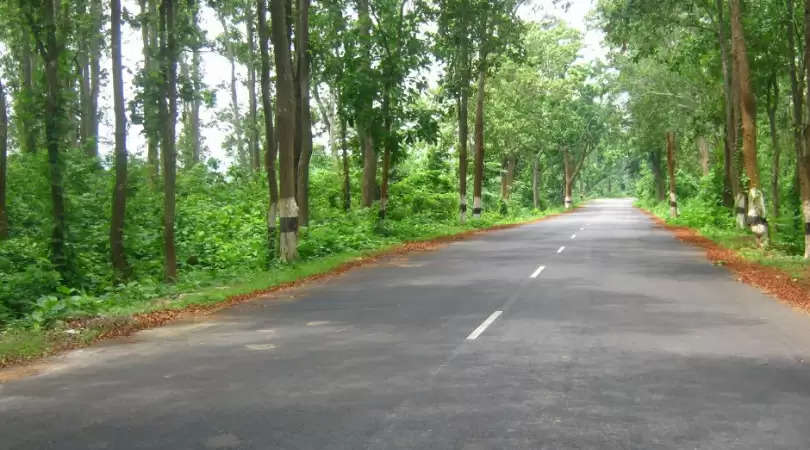 Protests against the proposed expansion of the National Highway 36 that passes through Assam's Doboka Reserve Forest entered the eighth day on October 29. Today, residents of Hojai along with prominent student bodies of the state and environmentalists revisited the famous non-violent protest - 'Chipko Movement' - of the 1970s to save the green corridor that approximately houses over 6,000 Sal tress from deforestation.

The National Highways and Infrastructure Development Corporation Limited (NHIDCL) had earlier proposed to expand the 13 km stretch of the highway linking Hojai district to Karbi Anglong from two lanes to four lanes, and to do so, a large part of the forest has to be cleared. The proposal evoked massive protests from the residents of Hojai and the adjoining areas.

Questioning the “hypocrisy” of the government, chief advisor of All Assam Minority Students' Union (AAMSU) Hojai unit, Monwar Alam, told The Northeast Today (TNT) that the government, on the one hand, is carrying out eviction at Lumding Forest Reserve for conservation purposes, and on the other, is planning to chop 6000-plus Sal trees in Doboka Reserve Forest.

"How can the government preserve one forest and neglect the other in the name of development? Isn't it a decision against the environment?" asked Alam, stressing that the project will have a massive impact on the environment, which serves as a habitat to a wide variety of wildlife.

Alam further added that six elephant corridors will be affected by the project, as the hills (forest) are directly connected to Kaziranga National Park, and the area provides for free movement of animals. "During floods, there is a large migration of animals through Doboka, and this mass deforestation will curtail the free movement of animals," Alam asserted.

When asked if the process of felling trees has started, he said that the NHIDCL has started marking the trees that may be required to be cut for the said “expansion”. "If this project takes off, Hojai will witness deforestation of two forest reserves in the last 25 years,” Alam said, referring to the expansion of NH 56 in 2008 when approximately 50,000 trees were cut.

Notably, NHIDCL and other officials carried out a survey in the area on October 29 to “look for an alternative route for the expansion”. "It was a primary survey carried out under the pressure of the protests.  Since the NHIDCL, PWD, and Forest Department work under the government, I don't see the government going against their plans," he said.

The Assam government, however, is still formulating the details on the route and holding discussions with various stakeholders to assert minimum damage on the vital forest resources at Doboka. Speaking to The Northeast Today (TNT), Assam Forest Minister Parimal Suklabaidya said, "The Forest Department will do everything in its capacity to ensure the trees are not chopped and will try and find alternative road alignment."

Welcoming the decision of the people to raise concern on the matter, the minister said, “I am happy that the locals are aware of environmental issues and are voicing their concerns on the matter. But one must also remember that people have been able to protest because the trees are still there, unharmed,” he said, stating that it’s the ministry’s primary task to look after forests and wildlife. Referring to the proposed plan, he said that as of now, the proposal is in its initial stage.

Environmentalists, however, are concerned that 6000 trees is just an estimate and the total figure might well be beyond 15,000. "As an environmentalist, I am worried about the ecosystem of the area. Everything is at stake if at all the work on the highway is undertaken," said environmentalist Joyhind Englang, urging the government to chuck the project.