Assam to adopt zero-tolerance policy against rhino poaching at Kaziranga 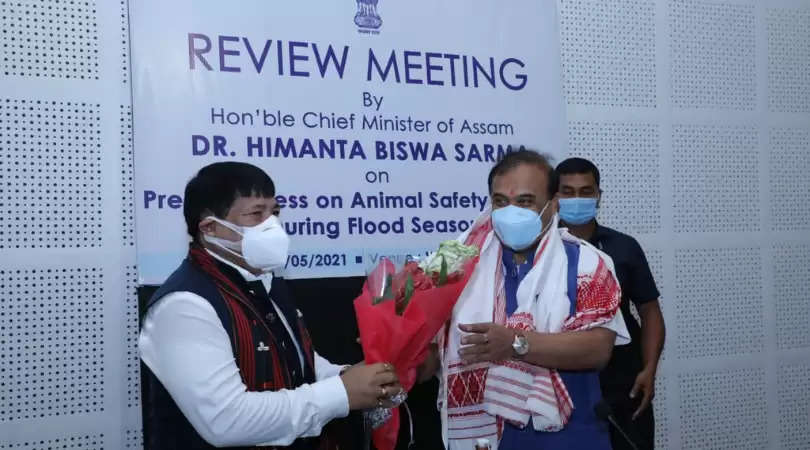 The Assam government has decided to implement a zero-tolerance policy against rhino poaching and intensify anti-poaching activities at Kaziranga National Park (KNP).

Chief Minister Himanta Biswa Sarma, on Thursday, while reviewing the flood preparedness and wildlife safety at the national park in view of the ensuing flood season, called for urgent steps to expedite the justice delivery system against the nabbed poachers against whom charge sheets have been filed by engaging a special prosecutor.

He directed the principal chief conservator of forest (PCCF) to monitor the process every month.

On the other hand, Sarma asked the forest department to submit a proposal regarding the development of highlands within the park where animals can take shelter during floods.

He asked the park director to ensure the supply of concentrated feed along with green fodder to the marooned animals.

He also asked the PCCF to tie up with Mandakata Commando Training Centre for the training of the forest personnel.

Moreover, to boost up wildlife protection at the park, he asked the home department to create one post each of additional SP and DSP under the control of SP Golaghat with a clear mandate to serve for the protection of wildlife at the park besides filling up the post of DSP, KNP.

The Chief Minister also advocated measures for improving living conditions of the forest protection force in the state, including enhancing ration allowances of the forest force engaged in wildlife protection from the existing Rs 840 to Rs 2000.

He also asked to take up the modernisation of anti-poaching camps located within Kaziranga National Park to boost the morale of the staff.

Underlining the need for coordinated efforts for wildlife protection, Sarma directed the authorities to immediately notify the Special Task Force for KNP under the chairmanship of Special DGP, including officials from the Majuli district.

He also asked the PCCF to make the Wildlife Health and Research Institute functional soon apart from improving relationships between local people and the forest force.

The chief minister further instructed the authorities to expeditiously define the elephant corridors at the national park besides settling the issue of rehabilitation grant to be paid to the families evicted from revenue villages under KNP.