Saikia was arrested from the Tamuli Bongaon area in Digboi for his alleged role in the grenade blast that was perpetrated by motorcycle-borne miscreants. 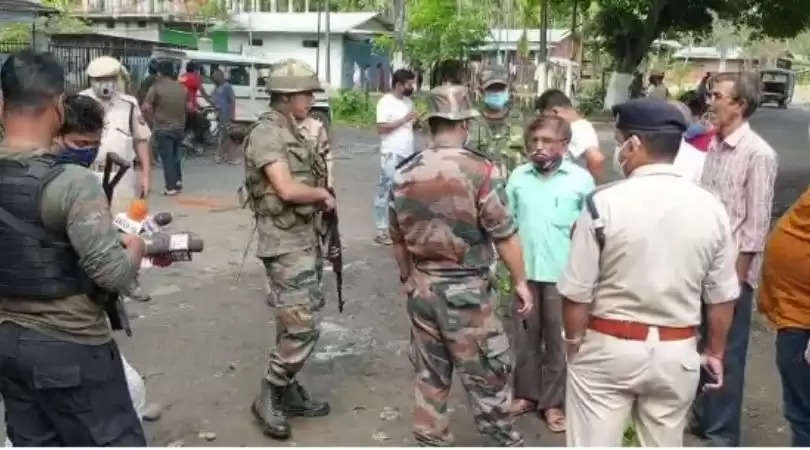 Tinsukia Police, on Sunday, arrested one person in connection with the Tingrai Bazar grenade blast case that happened on May 14.

The arrested person has been identified as Dipen Saikia.

"We have arrested one person in connection with Tingrai Bazar grenade blast case Today. Our investigation is on," said a police official.

Tinsukia police had earlier released a photo of two motorcycle-borne miscreants, who had lobbed the grenade in front of a hardware shop in Tingrai Bazar.

On Saturday, Tinsukia police had announced a cash reward of Rs 2 lakh on the information about the motorcycle-borne miscreants and their whereabouts.

Two persons were killed and two others were severely injured in a grenade blast suspected to be carried by ULFA (I) on Friday afternoon.

The deceased were identified as Sanjit Singh (25) and Surajit Talukdar (22), both residents of the Tingrai area.

On May 15, Assam Chief minister Himanta Biswa Sarma visited the grenade blast site to take stock of the situation, and later on met the family members of Surajit Talukdar.

Sarma condemned the incident in strong words and assured of stern action against the culprits.

Meanwhile, the Assam government has announced Rs 5 lakh ex-gratia for the victims' family.