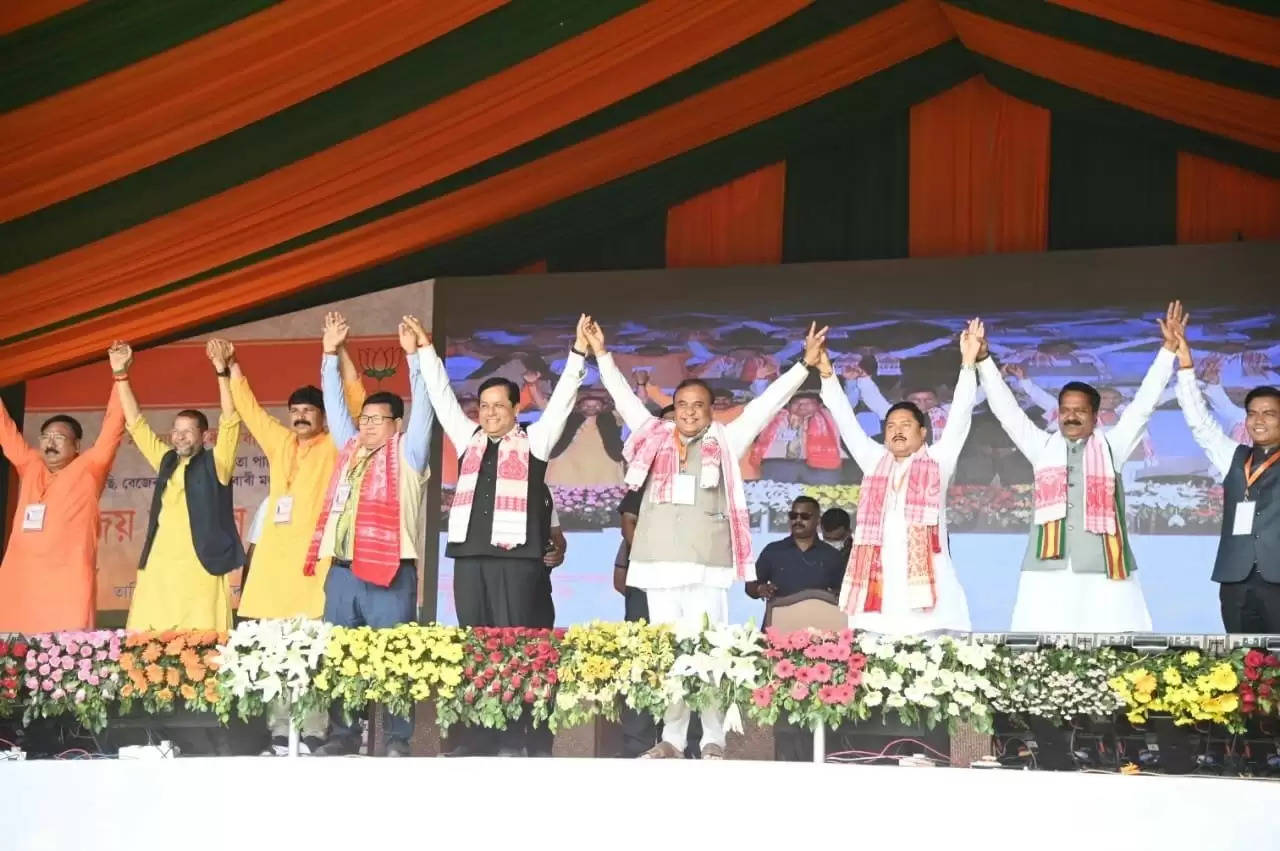 After leading a high-voltage and hectic election campaign in Assam with roadshows, padyatras and rallies, BJP’s “face” in the state and Jalukbari candidate, Himanta Biswa Sarma finally addressed a public meeting constituency at Sualkuchi under Jalukbari LAC on Sunday afternoon.

While addressing the gathering in the presence of his family members and the top state BJP leadership, Sarma, a four-time MLA from Jalukbari LAC since 2001, pledged to serve his “karmabhoomi” (workplace, referring to Jalukbari) till his last breath.

“For all the love, admiration, and blessings that you all have given me over the years, we bow down to you. We will always be grateful to you, my beloved people from Jalukbari. Everyone is dear to me, and I am like a member of every family in the constituency,” he said at the public meeting.

The campaign for the final phase of the Assam Assembly polls, which gained momentum after the Election Commission of India announced the poll dates on February 26 last, ended across the 40 election-bound constituencies in lower Assam on Sunday evening.

“I am here today not to seek votes. I am here to express my gratitude to every voter of Jalukbari regardless of him/her favouring me or not. Everyone in Jalukbari is my own. I also do not want to take credit for any achievement as I take the work as my duty to serve the people of my constituency,” Sarma said.

The BJP leader also expressed his gratitude to Prime Minister Narendra Modi and Union home minister Amit Shah for the guidance and support to help Assam move ahead peace and progress in the past five years.

Union Home Minister Amit Shah, who was to attend the Sualkuchi rally, had to cut short his visit after addressing a poll rally in Sorbhog earlier in the day.
Shah had to return to the national capital in the wake of the Naxal attack in Chhattisgarh.

Assam Chief Minister Sarbananda Sonowal, who also graced the public rally, showered praises on Sarma for completion of major infrastructure projects in Jalukbari constituency and sought maximum votes from the electorate of the constituency.

A total of 337 candidates are in the fray in the third and final phase of the polls across 16 election districts of Assam on April 6.