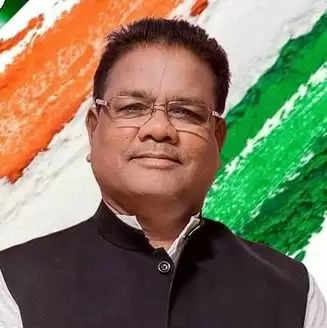 The Assam Pradesh Congress Committee has written a memorandum to the Assam chief electoral officer, seeking “appropriate action” against BJP star campaigner Himanta Biswa Sarma along with Bodoland People’s Front (BPF) candidate for the Tamulpur seat, Ranja Khungur Basumatary, who opted out of the poll race, a few days ahead of the third phase polls and joined the Bharatiya Janata Party.

In the memorandum to Assam CEO Nitin Khade, state Congress president Ripun Bora stated Basumatary had joined the BJP after a meeting with Sarma, who is also a candidate from Jalukbari LAC, a development which Sarma himself had confirmed through a tweet.

BPF is an alliance partner of the Congress-led Mahajot contesting the Assembly elections in Assam.

“As per the alliance, the Tamulpur constituency was left in favour of the BPF, wherein Basumatary was to contest as a BPF candidate,” Bora stated.

“It is evident that there has been a gross violation of the Election Commission of India’s Model Code of Conduct (MCC) as well as several provisions of the Representation of the Peoples Act, 1951, including Section 123 of the said Act,” the Assam PCC president wrote in the memorandum to the CEO.

“Under such circumstances, I request your honour to take prompt and necessary action against Basumatary and Himanta Biswa Sarma. I further request you to stop the election process in Tamulpur constituency immediately under section 123 of the Representation of the Peoples Act, 1951,” Bora stated.

“It is also requested that Himanta Biswa Sarma should also be debarred and disqualified from contesting in the Assembly Election, 2021 in view of promoting and conspiring against Congress and grand alliance,” he stated.

Tamulpur legislative Assembly constituency is one of the 40 seats in Assam and 12 seats in Bodoland Territorial Region going to the third phase of polls on April 6, 2021.