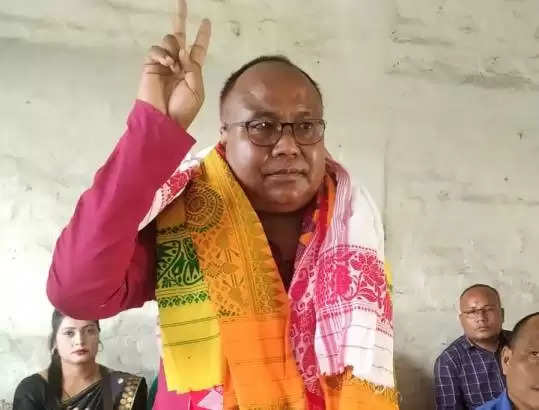 In a big jolt to the Congress-led Mahajot ahead of the third-phase Assembly elections in Assam, the Bodoland People’s Front (BPF) candidate from Tamulpur constituency, Rongja Khungur Basumatary, has decided not to contest the election.
Adding to this, Basumatary also met Assam BJP leader Himanta Biswa Sarma on Wednesday evening and expressed his willingness to join the saffron party.
According to sources, Basumatary told Sarma that he was “not satisfied with the BPF leadership regarding support, including financial assistance”.
“He will support UPPL (United People’s Party Liberal) candidate Lehuram Boro in the constituency,” Sarma said.
Reportedly, Basumatary will formally join the BJP on Thursday.
BPF, which had won all the 12 seats in Bodoland Territorial Region (erstwhile BTAD) in 2016, is an ally of the Mahajot this time.
We may note that Tamulpur LAC in BTR goes to the polls in the third and final phase on April 6.