Here are the Live Updates: 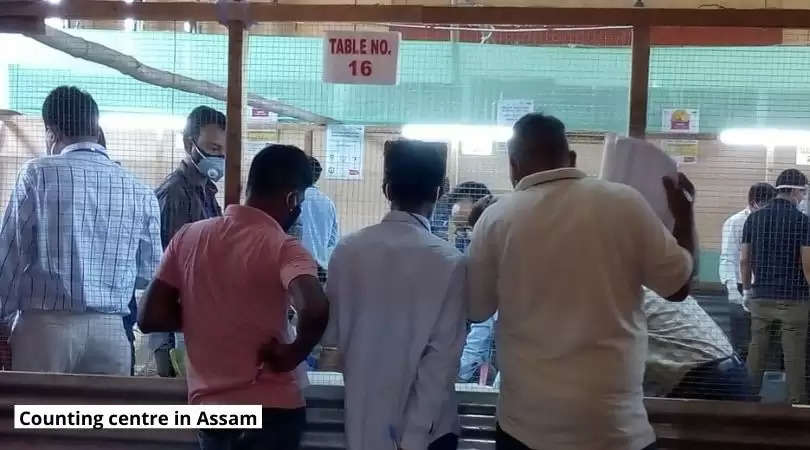 Counting of votes for the 126-seat Assam Assembly elections is underway on Sunday in as many as 331 counting halls spread across the state.

Here are the Live Updates:

In Kokrajhar east, UPPL candidate Lawrence Islary is leading over BPF candidate Pramila Rani Brahma by a comfortable margin of 10658 votes after the 5th round.

Status after fifth round:

In Dibrugarh, BJP Prashanta Phukan is leading by 13387

Ajanta Neog of BJP (Golaghat) is leading by 29418 votes

Akhil Gogoi – Independent (Sibsagar) is leading by over 5700 votes

Sarbananda Sonowal of BJP (Majuli) is leading by over 9000 votes

Prithiraj Rabha of AGP (Tezpur) is leading by over 21,000 votes

Rakibul Hussain of Congress (Samaguri) is leading by 13,179 votes

Ripun Bora of Congress trails by over 12,000 votes in Gohpur

The leading candidates in seven Dibrugarh Legislative Assembly constituencies are:

According to the early trends in 56 seats in Assam, the BJP-led NDA is leading in 47 seats by 9.30 am. Congress-led Mahajot is leading in 13 seats and others in four seats.

In Dibrugarh, BJP candidate Prashanta Phukan is leading by 1002 votes after 1st round.