Assam: Opposition in shambles; Congress severs ties with AIUDF ahead of by-polls

The Assam Pradesh Congress Committee (APCC) observed that its partner AIUDF's behaviour and attitude in relation to the Bharatiya Janata Party (BJP) has "baffled" the members of the 'Grand Old Party'. 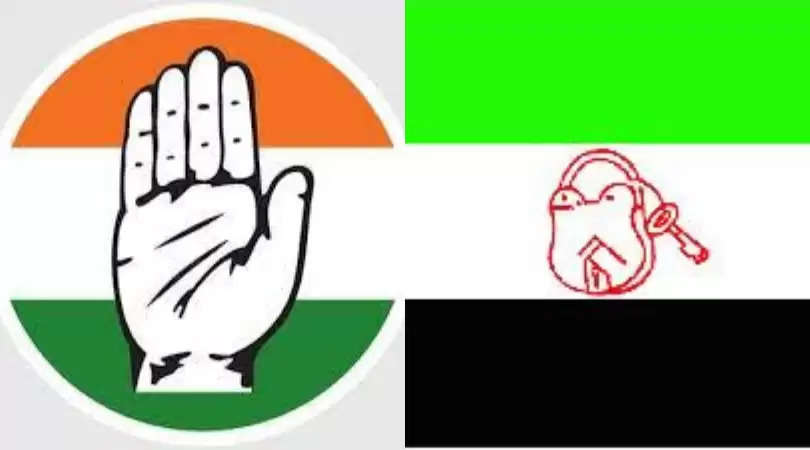 The Opposition's Mahajot (Grand Alliance) has gone for a toss following the decision of Congress to sever ties with the Badruddin Ajmal-led All India United Democratic Front (AIUDF) ahead of the by-polls in six constituencies.

The Assam Pradesh Congress Committee (APCC) observed that its partner AIUDF's behaviour and attitude in relation to the Bharatiya Janata Party (BJP) has "baffled" the members of the 'Grand Old Party'.

"The AIUDF leadership's and senior members continuous and mysterious praise of the BJP party and the Chief Minister has affected the public perception of the Congress party," read a press release issued by the party after a five-hour-long core committee meeting in Guwahati on Tuesday.

The Assam Congress had formed the Grand Alliance along with other parties ahead of the 2021 Assembly Election to take on the might of the BJP  in Assam.

Reacting to this political development, the AIDUF termed Congress' decision as "double-standard politics".

AIUDF general secretary and MLA Karimuddin Barbhuyan has counter accused the Congress of praising the ruling party and referred to the action of Congress MLA from Titabor as an example.

According to him, the Titabor MLA was recently seen on a public platform with the chief minister, garlanding him. "If any party has praised Himanta Biswa Sarma more, then it’s the Congress," Barbhuyan said.

"The Congress definitely has good reasons for its decision and we have nothing to say. I wish the Congress a grand success in the ensuing by-election of Upper Assam,” he added.

Amid the political development, the BJP has refuted claims of embracing the AIDUF, teaming both the Congress and the AIDUF as part of the same organ, "having similar traits".

"The Congress and AIUDF are two sides of the same coin. There is no question of the BJP embracing the AIUDF. We have our alliance and understanding with the Asom Gana Parishad (AGP) and United People's Party Liberal (UPPL) and will fight the by-elections together. We are hardly bothered with what’s happening in the Mahajot," said Dilip Saikia, national secretary of the BJP.

TNT-The Northeast Today is now on WhatsApp: CLICK HERE to receive more updates on your phon