While reviewing the forest department's status and activities, the minister said that the state will not allow land encroachment by neighbouring states or local people under any circumstances. 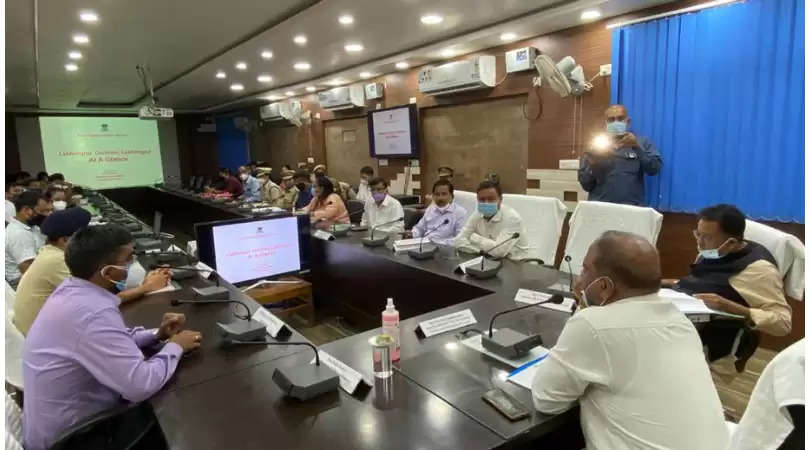 Minister of Forest and Environment, Parimal Suklabaidya, on Sunday, held a meeting with the officials of the forest, fisheries and excise departments to review the measures taken by these departments for growth and revenue generation.

While reviewing the forest department's status and activities, the minister said that the state will not allow land encroachment by neighbouring states or local people under any circumstances.

The minister assessed the eviction measures taken by the department to stop the encroachment of forest areas.

Speaking about the protection of reserve forest areas, Suklabaidya said that barring the people who have land rights under the Forest Regulation Act, all others will be evicted from forest lands.

The Minister was apprised by the forest department that about 2,436 hectares of land have been encroached upon by Arunachal Pradesh, and 4,440 hectares by local people.

Forest officials informed that 3,390 applications received for settlement in forest land under FRA, 2,743 have been rejected, and 647 are under review.

The department has also been directed to undertake massive plantations under CAMPA during the Van Mahosav Week.

Reviewing the schemes of the Fisheries department, Suklabaidya asked the department to increase fish production by ensuring optimum utilisation of the vast water resources of the district. He directed the department to utilise central government-sponsored schemes for the growth of the fisheries sector

As for the functioning of the Excise department, the minister has directed the department to intensify the drive against illicit liquor from Arunachal Pradesh, and promote the sale of country spirit and heritage drinks for local revenue generation.

Prohibiting the sale of illicit liquor from other states will save lives and increase revenue, said Suklabaidya.