The workers submitted a memorandum containing their charter of demands to the chief manager of the tea estate. 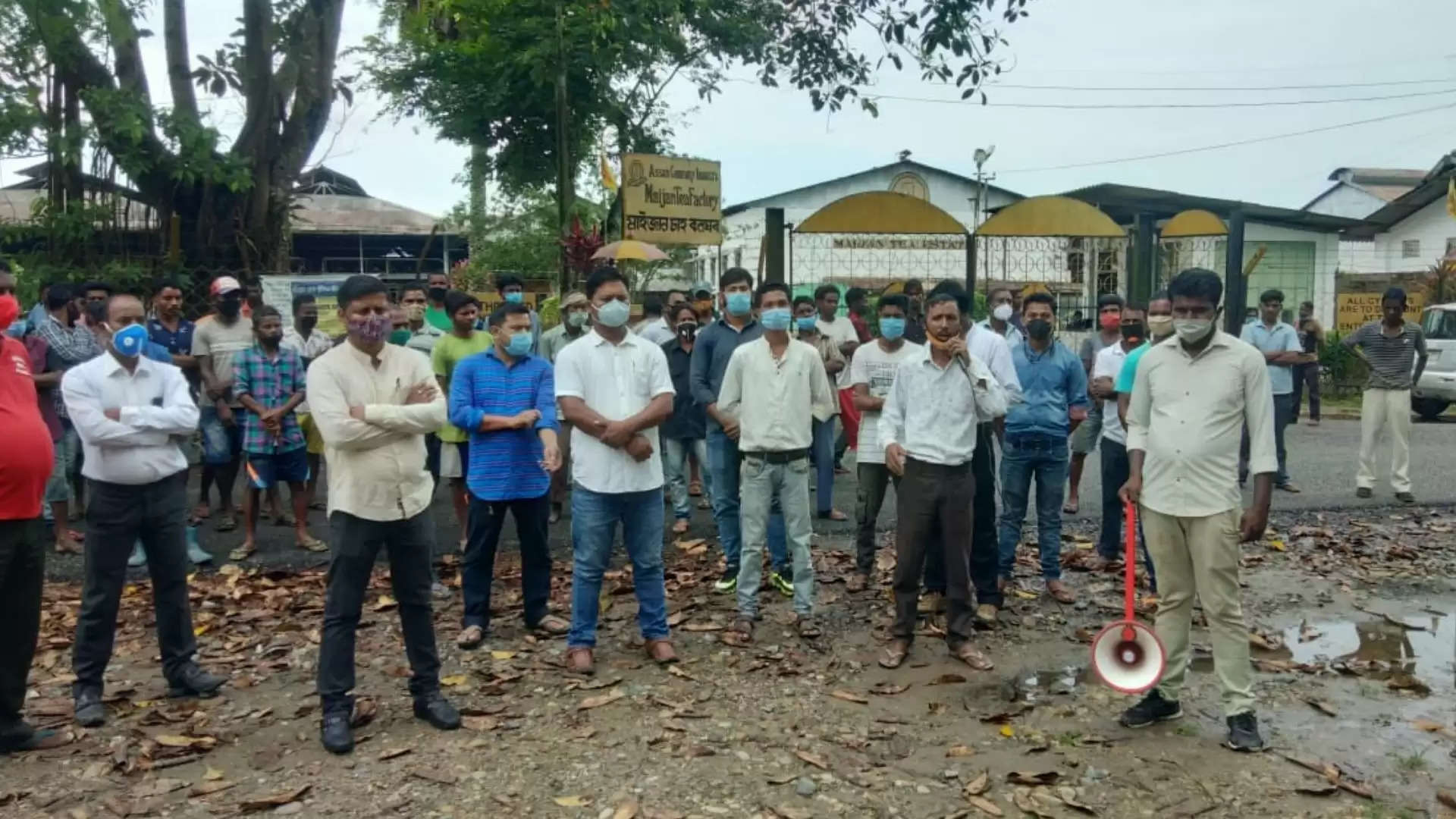 The workers of Maijan Tea estate on Tuesday staged a protest seeking basic amenities from the garden management.

According to sources, the workers of Maijan tea estate have been demanding solutions to various issues such as appointment of doctors, timely supply of firewood to workers, adequate number of teachers and promotion of senior fourth-grade staff.

“We have been demanding for a long time that the quarters of the tea garden workers should be repaired. The workers have been forced to live in cramped conditions,” a worker said.

Nabin Keot, central vice president of Assam Chah Mazdoor Sangha (ACMS) admitted that the garden has been facing several issues which have gone unheeded by the management.

“The workers are facing problems because of their unrepaired quarters and they are not getting their salary on time. There are no doctors in the garden nor an ambulance to shift serious patients to the Assam Medical College and Hospital,” Keot said.

The ACMS leader added that under the Plantation Labour Act, 1951, the tea garden workers are entitled to firewood, tea, mosquito nets, slippers, healthcare and educational services among others.

The workers submitted a memorandum containing their charter of demands to the chief manager of the tea estate and copies of which were sent to top officials of the state.

It may be worth mentioning that on July 2019, the Maijan tea estate held a world record with its gold tips tea fetching a price of Rs 70,501 per kg at the Guwahati Tea Auction Centre.