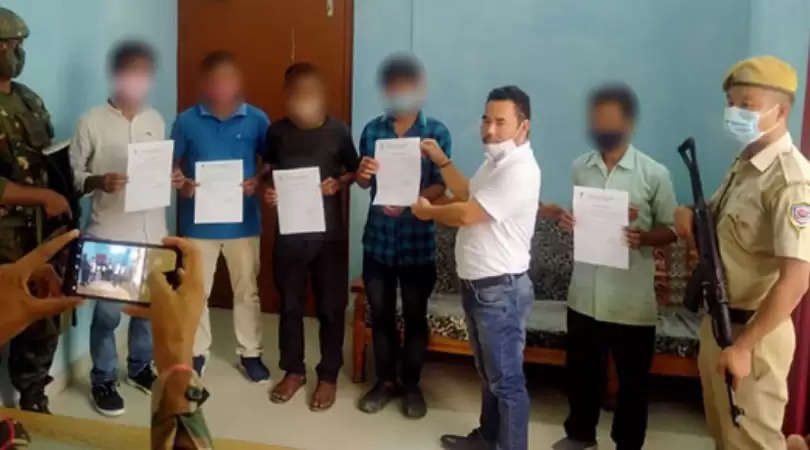 Five insurgents belonging to the proscribed National Socialist Council of Nagaland (NSCN) (K-YA) and NSCN (IM) surrendered before the Additional Deputy Commissioner, the police and the 6th Assam Rifles in Arunachal Pradesh's Tirap district on Monday.

The surrendered insurgents include Goliam Gangsa (36), a self-styled (SS) lance corporal of the NSCN (K-YA), who had joined the outfit in 2008. He also surrendered a 32 mm pistol along with live 32 mm ammunition and a 32 mm magazine.