Assam: Tinsukia based conservationist starts awareness campaign to save snakes

Moran and his team have so far rescued over 100 poisonous snakes from various locations of Tinsukia and released them at safe locations. 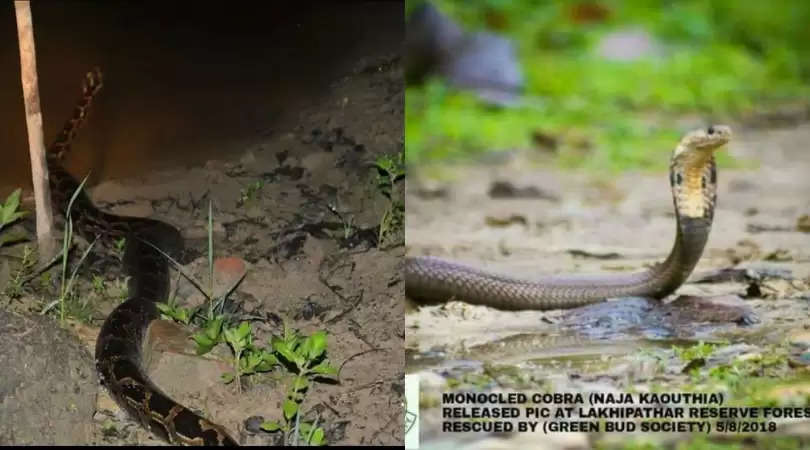 Snakes play an important role in maintaining a balanced ecosystem, keeping this in mind, Devojit Moran, a conservationist from Tinsukia and his team have started a campaign to create awareness about snake conservation.

Moran and his team have so far rescued over 100 poisonous snakes from various locations of Tinsukia and released them at safe locations.

Recently, Moran rescued a King Cobra from the Kolia Mati area of Kakojan forest and released it into the wild.

Moran and his team are constantly working to conserve these endangered wild creatures, that often get killed in their encounter with humans, said Moran while adding that he and his team will continue to create awareness about the importance of wildlife.

Moran has taken training from the Wildlife Trust of India (WTI) and is currently serving as the secretary of Green Bud Society, an environmental NGO active in upper Assam's Tinsukia district.

"We are creating awareness about snakes. In village areas, people generally kill snakes. We urge people, not to kill them. People don't know how to identify the poisonous snakes and the non-poisonous ones," Moran pointed.