After preliminary examination, it was found that dissolved oxygen depletion along with high organic load could be the cause behind the unusual incident. 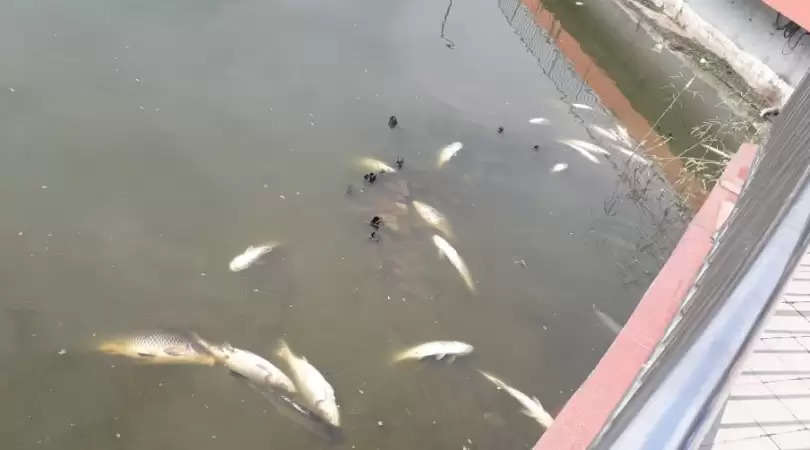 Several varieties of dead fish were found floating on the Dighalipukhuri tank here in Guwahati on Sunday.

After preliminary examination, it was found that dissolved oxygen depletion along with high organic load could be the cause behind the unusual incident.

Assam fisheries minister Parimal Suklabaidya, following reports of the fish deaths in a section of the media, directed officials of the department to immediately visit the site and ascertain the cause behind the incident.

Officials of the department after examination of the collected samples of the dead fish and the water body ruled out any poisoning but found that dissolved oxygen depletion in the tank along with high organic load as the causes behind the deaths.

Sources said activities such as boating, which enhance oxygen levels in the tank water, had come to a halt at the popular recreation spot in the city for about a year and a half due to the pandemic, which might have resulted in the dip in oxygen levels.

“Fish mortality was due to a sudden dip in the oxygen level and high organic load in the tank. Departmental officers after examination found deaths of fish caused by environmental degradation and not poisoning,” Suklabaidya said.

As a short-term measure, the department managed to increase water level by showering water through water pumps and usage of speed boats by the emergency services personnel.