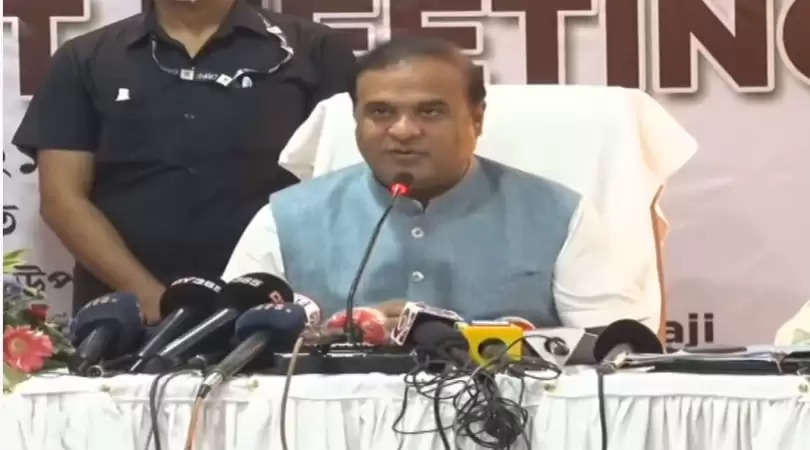 The Assam Cabinet on Thursday met for the first time outside Dispur in Dhemaji and took several major decisions that included sanctioning of a relief package for employees of Hindustan Paper Corporation Limited, issuance of Other Backward Classes (OBC) certificate by respective communities, and construction of new municipal corporations, among others.

The Cabinet, under the chairmanship of Chief Minister Himanata Biswa Sarma, approved Rs 700 crores for the employees of Nagaon and Cachar paper mills in addition to other financial approvals.

During the meeting, Rs 1800 crore was also approved for rewarding around 11 lakh beneficiaries of microfinance loans.

A road will also be constructed over the embankment from Jonai to Majuli which will include Jonai, Dhemaji, Majuli, and Dhakuakhana constituency. A total of 183 crores have been approved for the project, the Cabinet announced.

The cabinet also took a decision to allow four tribal communities - Koch-Rajbongshi, Tai Ahom, Matak and Gorkha - to buy land in two tribal belts in Dhemaji. The approval was granted for the communities who have settled in the tribal belt and block before 2011. "Dhakuakhana's Sarikuria tribal belt in Dhemaji will be de-notified. Similarly, a new tribal belt will be created encompassing 89 revenue villages of Sissycolony," Sarma said.

The cabinet also allowed communities to issue OBC certificates, rather than getting the same from the OBC board.

Taking into consideration the flood problem in Dhemaji, the cabinet approved Rs 150 crore to put in place measures for flood control.

Among other key decisions, it was announced that the Dibrugarh and Silchar Municipal Boards will be upgraded to municipal corporations.

With the upcoming bye-elections around the corner, the cabinet decided to hold the next meeting on November first week in Bongaigaon.