In January of this year, the union of the two paper mills, in association with the HPC Paper Mills Revival Action Committee demanded the revival of the two mills and the payment of pending dues, but to no avail. 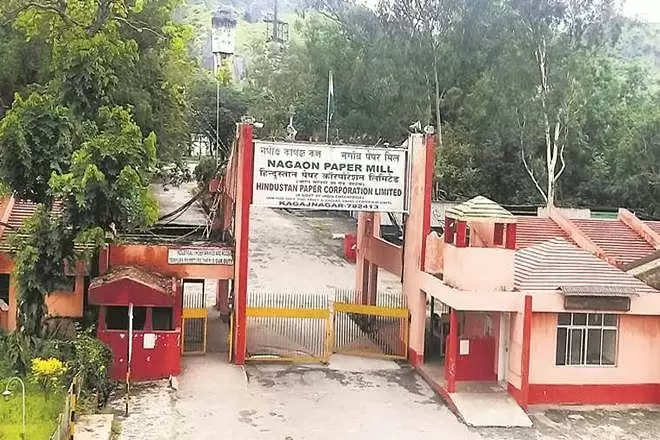 The Assam Chief Minister's Office reached an agreement with the former workers and employees of the Hindustan Paper Corporation Limited (HPCL) over the resolution of long-pending salary dues, on Tuesday.

The discussion with stakeholders is said to have taken four hours, and came at the heel of a September 4 notice by the liquidator, Kuldeep Verma, asking the employees of two ailing HPCL papers mills – the Cachar Paper Mill at Panchgram in Hailakandi district and Nagaon Paper Mill at Jagiroad in Morigaon district – to vacate their quarters within 15 days, despite an earlier stay order from the Delhi Court. Legal action was threatened against those who would refuse to comply.

Post the meeting, Chief Minister Himanta Biswa Sarma informed that the Office has decided on a package of ₹570 crore for 1,000 employees of the two paper mills. Part of the package also includes employment for 100 young workers of the two mills "who have the requisite qualifications", he said. However, the package is contingent on the union signing the agreement and vacating their quarters.

It should be noted that the employees of the mills have not received their salaries for over 55 months since the mills were shut down in 2015 (Cachar) and 2017 (Nagaon).

In June 2021, activists from the Centre of Indian Trade Union even staged a demonstration in Dibrugarh to protest the Centre's decision to auction the two defunct paper mills. They demanded that the mills are revamped and all dues cleared.

Earlier reports had stated that the combined workforce of the two mills exceeded 1,200 employees, but over four lakh people are said to have been directly or indirectly affected by the non-payment of dues. In June 2021, an employee of the Chachar Paper Mill, Abdul Hannan, 54, died from illness, whereas another employee, Akshay Kumar Mazumder, 62, died from untreated hypertension in August, bringing the total deaths related to the failed public sector undertaking to 93, a union leader informed.

Despite the Bharatiya Janata Party promising to revive the mills, and the insistence of opposition parties, the National Company Law Tribunal had ordered the liquidator to sell the entire undertaking as per the decision of the National Company Law Appellate Tribunal. At the time, Manabendra Chakraborty of the Joint Action Committee of Recognised Unions of Nagaon and Cachar mills had said that eight employees had died under the current Biswa government, whereas 85 had died when Sarbananda Sonowal was the chief minister. The deaths were attributed to a lack of medical treatment owing to financial constraints from HPCL's payment delays.

In January of this year, the union of the two paper mills, in association with the HPC Paper Mills Revival Action Committee demanded the revival of the two mills and the payment of pending dues, but to no avail.

Relatedly, the Assam Power Distribution Company Ltd issued notices for outstanding power bills that amount to ₹120 crore to the two mills in question. The Company demands the dues be paid within 15 days, failing which it reserves the right to cut all power connections to the mills.

Meanwhile, the Joint Action Committee of Recognised Union (JACRU), including all unions and associations have welcomed the agreement reached between the government and the employees of HPCL.

"JACRU welcomes the decision of Assam chief minister to resolve the long-pending issue of the workers," a statement from JACRU read.

ALSO READ: Bye-polls to five seats in Assam on October 30