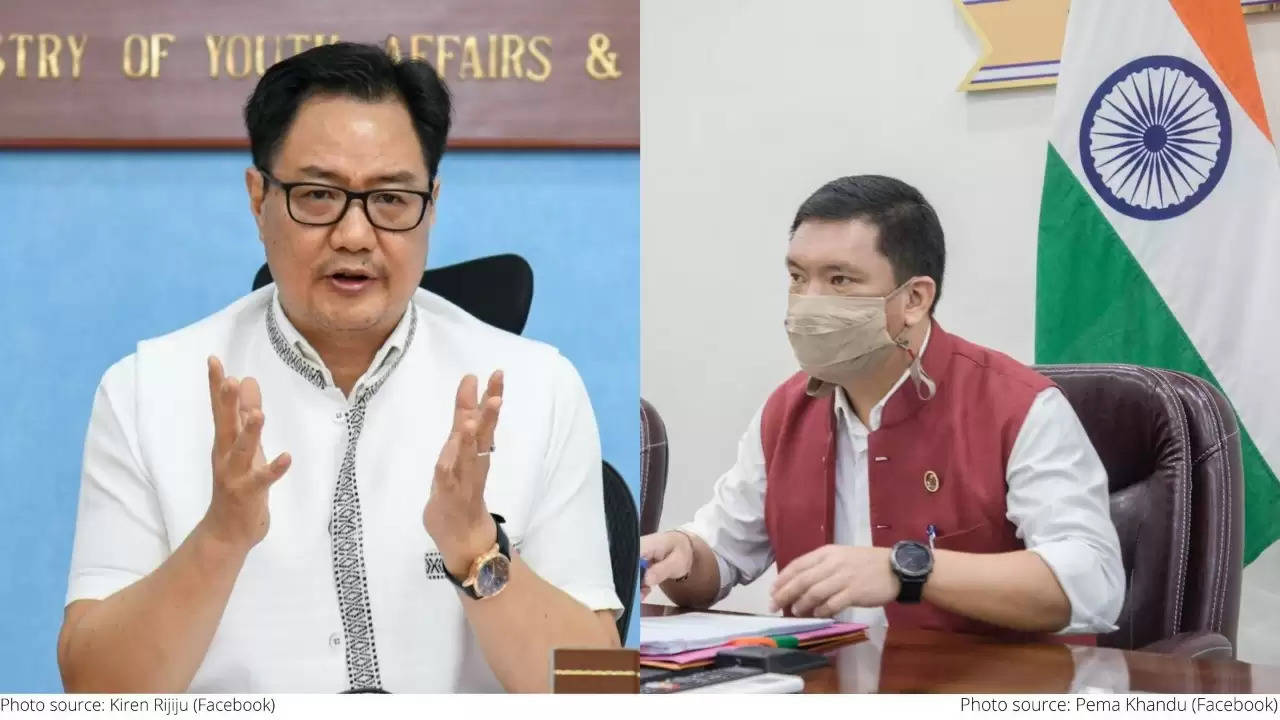 An FIR was registered by four political parties on Thursday against Arunachal Pradesh Chief Minister Pema Khandu and Union Minister Kiren Rijiju for allegedly mislabelling the town of Kimin as a territory of Assam.

Kimin is a small town situated 75 kilometres from the capital city Itanagar and a part of the Papum Pare district.

Congress and the All Arunachal Pradesh Youth Organization have also charged Defence Minister Rajnath Singh, under whose presence the incident took place, claiming that a greater conspiracy is at play which also deliberately undermined the Arunachal Pradesh Statehood Act, 1987.

Seven leaders from the parties who lodged the FIR also claimed that “facts and chain of events show that Pema Khandu and Kiren Rijiju, in fraudulent connivance with Assam’s Chief Minister Himanta Biswa Sarma, have ceded Kimin town into Assam territory and consented by the union defence ministry.”

Although the Border Roads Organisation (BRO) had issued an apology on June 26 for the same, but the aggrieved parties have also accused those named in the FIR of having “grossly abused their official authority” by violating the Bengal Eastern Frontier Regulation, 1873 (Restricted Area Permit), and rules of the Arunachal Pradesh (Land Settlement & Record) Act, 2000, through the misrepresentation of Kimin town’s jurisdiction