CM Pema Khandu assured them he would take up the matter at the earliest. 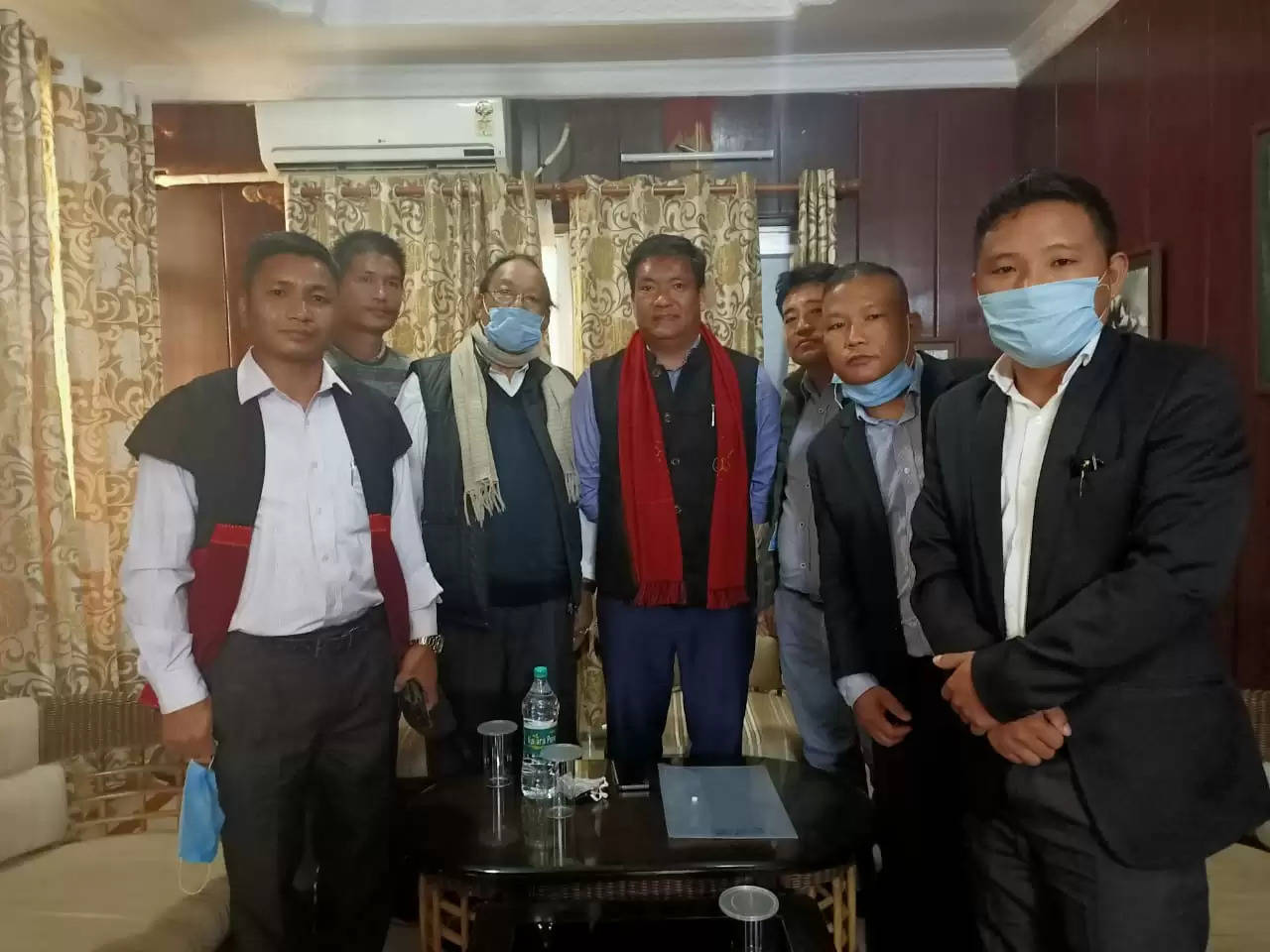 Encroachment in the Sille-Oyan township area has been a long-pending issue paralysing the normal development of the township and parts of Govt. Hr. Sec. School Sille under Ruksin Subdivision.

Advocate Elijah Taying briefed Khandu about the misconduct and misuse of power by present and previous department heads or HoDs, though there already existed a government notification with a map attached concerning the Sille-Oyan Township Area that was completed in 1996.

Ironically, the same was repealed and replaced by another map and notification in 2016 with no public notice wherein Land Possession Certificates were issued to a couple of individuals by the then team of District Administration, alleged the LBSU.

However, after a series of appeals and pursuance, the secretary (Land Management) had re-notified and issued a map in 2019, which superseded the 2016 notification and map.

Another senior leader of the Sille-Oyan area, Tamer Goi, stated that although there had been many submissions made to the district administration and concerned department, they had shown no interest concerning the eviction process.

Meanwhile, Khandu lauded the LBSU and SOBK for showing solidarity in protecting government land and property and assured them he would take up the matter at the earliest.

“Anyone found guilty of illegal encroachment not only in the Sille-Oyan township area but in the whole of the state shall be dealt with strictly,” Khandu said.