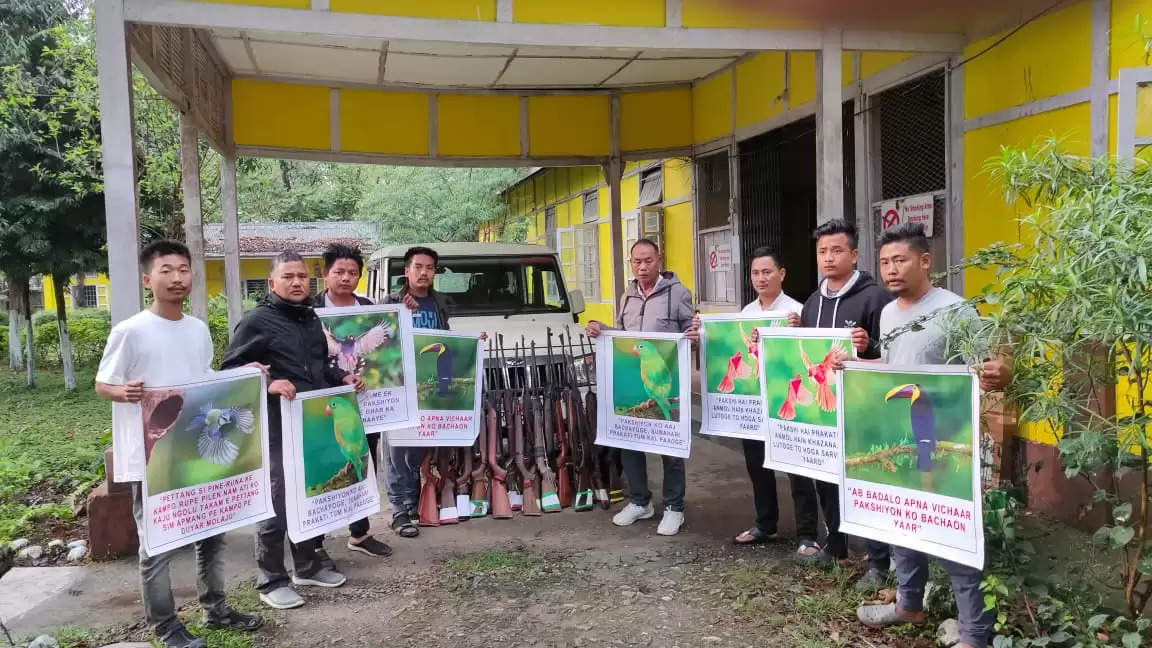 The ABSU leaders appealed to the general public of the district to surrender their airguns to stop hunting or killing birds and smaller animals as the rampant killing of animals have adversely affected the population of wildlife.

Divisional Forest Officer, Pasighat Forest Division, Tashi Mize, appreciated the voluntary surrendering of Airguns while cooperating with the government’s initiative to save and protect birds under the Airgun Surrender Abhiyan.