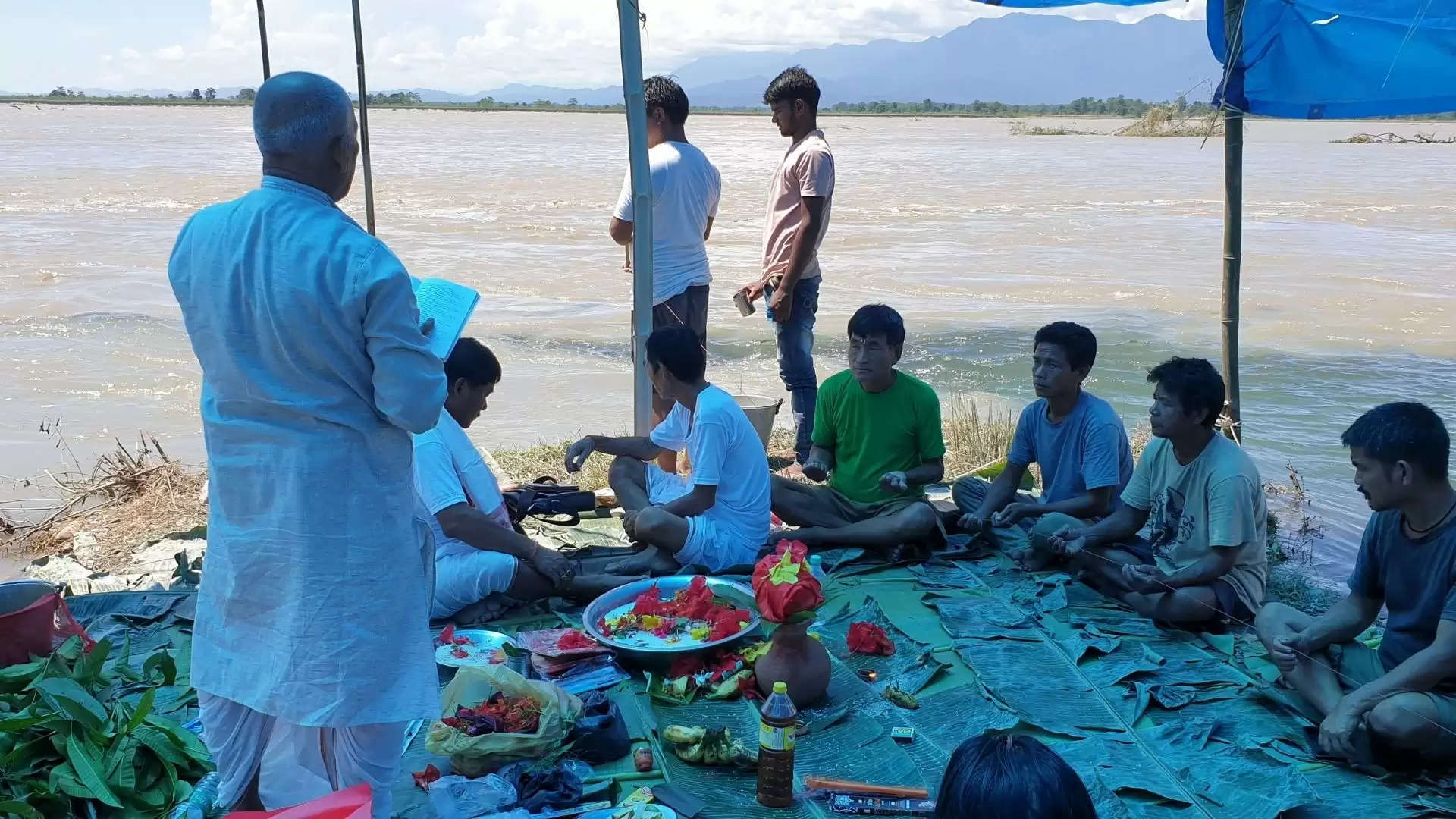 Incessant rainfall, that had triggered flood-like situations in Arunachal Pradesh recently, pushed villagers of the Borguli village to finally resort to prayers and rituals for seeking an end to the crisis-like situation.

Borguli village, situated in East Siang district, saw heavy damage to crops and infrastructure due to the floods, which is continuously eroding large portions of land.

The village is one of the worst flood-hit villages under the Mebo Sub-Division since the Chinese flood of 2000, about two decades ago.

Other villages, situated on the left bank of the river under the Mebo Sub-Division, have also been affected.

Borguli villagers conducted day-long rituals on the bank of river Siang, at the confluence of the Siang-Ngopok-Kadang river, which were initiated and led by 'Radang Sirum', one of the middle-aged volunteer groups of the village.

Yung Tayeng, Chief Adviser of Radang Sirum, and others assisted in the conduct of the ritual.

According to Radang Sirum President Tolut Ratan and General Secretary Horinath Tayeng, the ritual of 'Puja' was offered to the deity of nature with faith and hope that nature will be appeased and will come in support of the village, and the massive soil erosion will come to an end soon.

Radang Sirum and villagers at Borguli said that they hoped for the Government of Arunachal Pradesh to initiate a major flood control project to tame the turbulent Siang river during the monsoon flood by taking into consideration the river taming and diverting ideas of the local villagers.