With this win, Meghalaya finished second in the Plate Group, only behind Vidarbha, which was the only team that Meghalaya lost to in five outings. 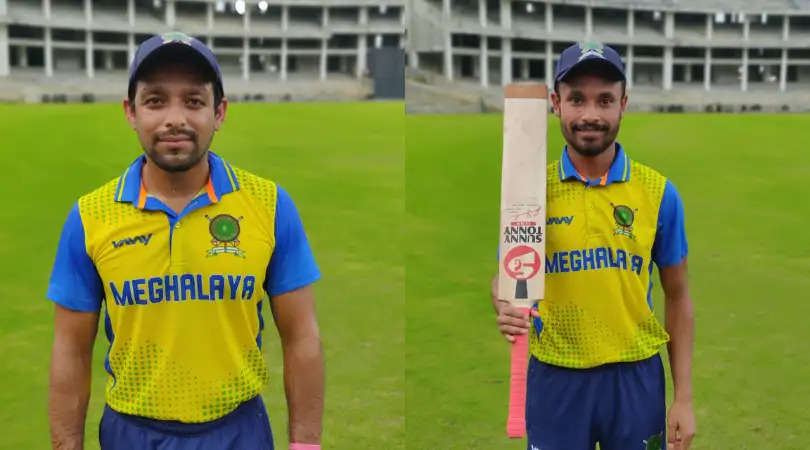 With this win, Meghalaya finished second in the Plate Group, only behind Vidarbha, which was the only team that Meghalaya lost to in five outings.

Kishan Lyngdoh and guest professional Chirag Khurana had another fantastic partnership together after Arunachal Pradesh won the toss and chose to field first.

After hitting an unbeaten 85 against Tripura yesterday, Lyngdoh followed that up with an 82 off just 52 deliveries today in an innings that included 12 fours and one six over the long-on. Khurana, for his part, smacked 10 boundaries in his 78 off 48 balls.

Speaking to The Northeast Today (TNT), Kishan Lyngdoh said, “Winning a match always feels great, but a dominating win like today brings a lot of confidence in the team heading towards the next tournament.”

About his batting form, Kishan said, he was treating each ball on its merit and trying to play in the gaps as the pitch was not easy for stroke play.

“To be honest I was concentrating on one ball at a time and I was just trying to find gaps and in the meantime, I backed my instincts and fortunately everything went well. The pitch initially was very damp and the ball kept very low making stroke playing difficult.”

The two put on 138 for the first wicket, which Lyngdoh dominated. Once he fell, Khurana took over the bulk of the strike in partnership with fellow guest professional Punit Bisht (22), who has barely got a look-in this season because of the fantastic form that both Lyngdoh and Khurana displayed.

“Feeling very happy for the team and the state. It was not a batting-friendly pitch, but I and Kishan batted extraordinarily, “ said Chirag Khurana to The Northeast Today (TNT).

Meghalaya managed 194/3 in their 20 overs, one of the highest totals the team has managed in its T20 domestic history.

Arunachal, who lost all of their matches, could not muster much of a challenge in the chase and barely managed 102/6 in 20 overs.

Meghalaya used nine bowlers in all, with Khurana claiming the best figures of 2/12. Ravi Teja took 1/2, Dippu Sangma 1/15, Himan Phukan 1/16 and Akash Kumar Choudhary 1/25 for an exquisite all-around performance by the team.