From 1948 to 1960, India qualified regularly for the Olympics and the period is still regarded as Indian football’s golden era. 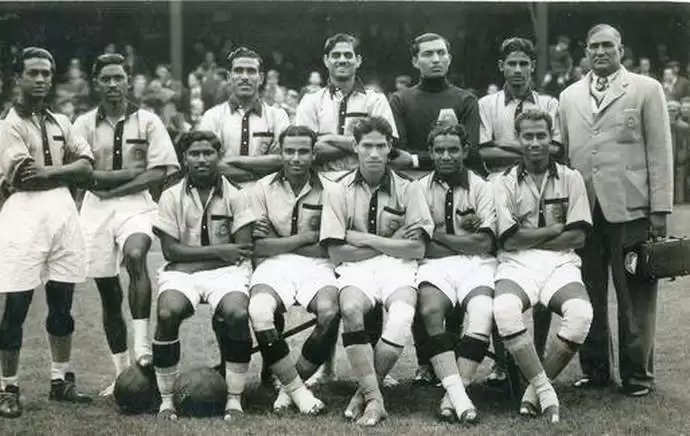 The 1948 Summer Olympics (officially known as the Games of the XIV Olympiad and commonly known as London 1948) were an international multi-sport event held from 29 July to 14 August 1948 in London, United Kingdom,  featuring 136 medal events, covering 23 disciplines in 17 different sports and in arts.

Though India had been sending a team to the Olympics from 1920, it was the first time that India competed as an independent nation at the Olympic Games in 1948 in Wembley Stadium.

At the Olympics' football tournament, eighteen teams had entered the football competition, and for the first time, India had the privilege to play football in any international tournament. 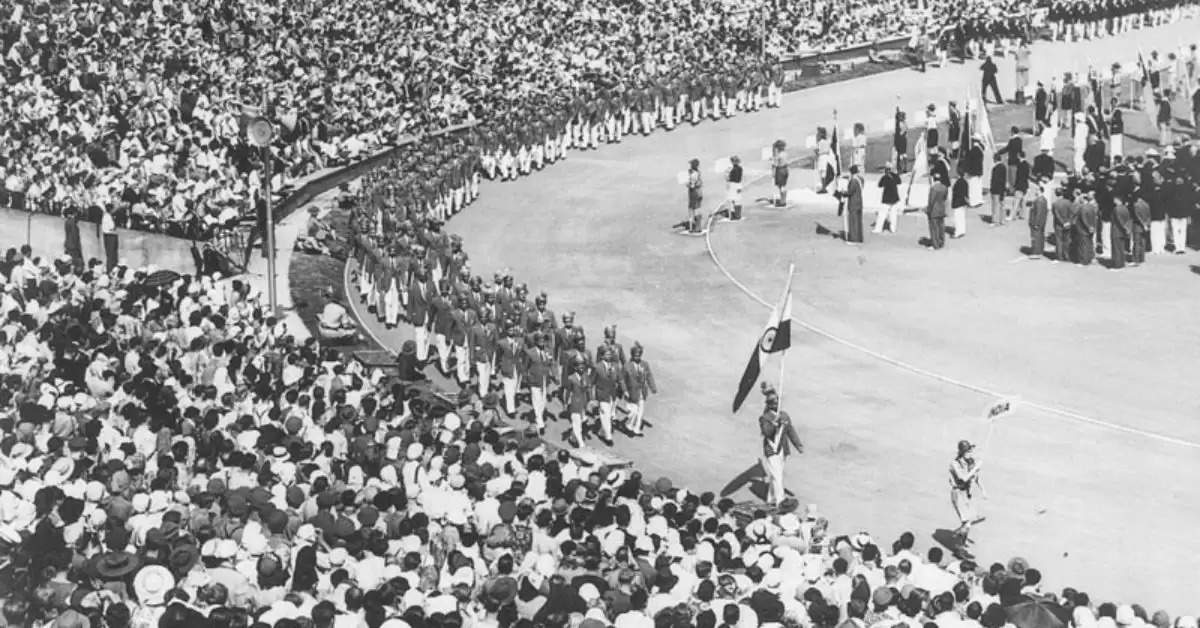 The game was held in Cricklefield Stadium on July 31 in 1948, attended by about 17000 spectators.

Back then, the head coach was Balaidas Chatterjee and the captain of the 1948 team was Talimeran Ao, a footballer and a medical doctor from Nagaland.

What is remarkable during the tournament that was an unusual sight for the rest of the world was that eight out of the eleven players had played 'BAREFOOT'.

Most of the Indian players were not accustomed to wearing boots and some having dislike of being shod. Indians had been playing barefoot for decades, however, this was the first time that the Indian football team decided to play with naked feet in an international tournament.

During trials in India, the players had worn boots as the pitch was wet due to heavy rain.  Thus during the Olympic Games, the Indian team decided to wear shoes if the conditions were wet and if they had to play on soft grounds.

As conditions were dry most players opted to play without shoes and instead wore bandages to protect their feet. 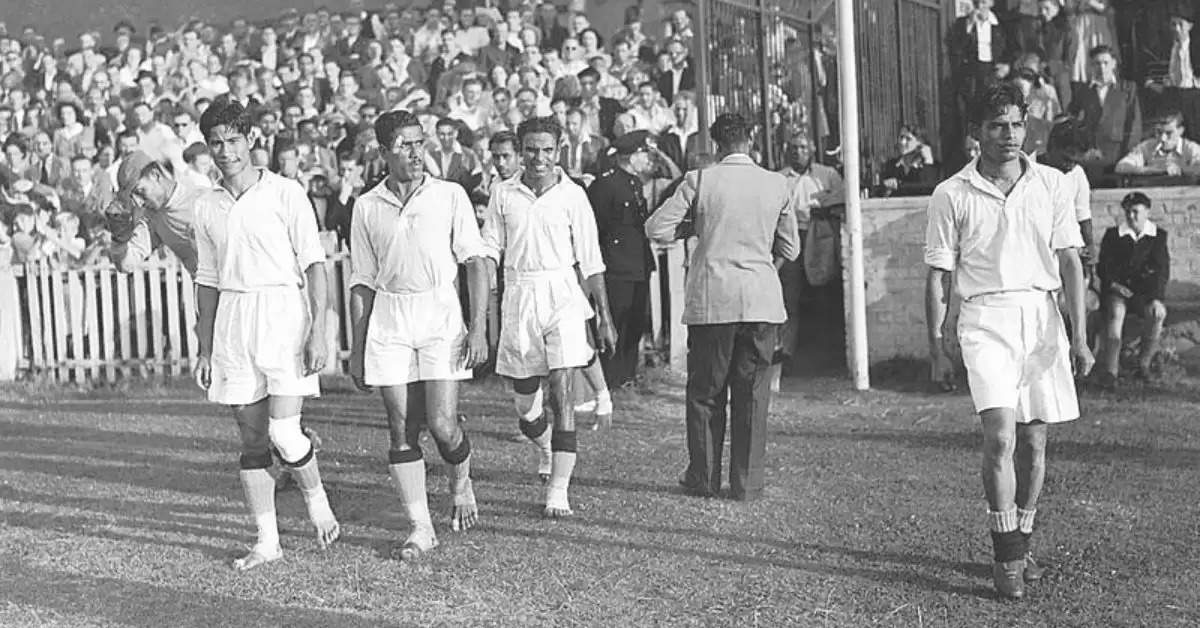 India’s barefoot footballers had made quite an impression despite getting knocked out in the first round.

During the first 29 minutes, neither team dominated proceedings, then in the 30th minute, René Courbin gave France a 1–0 lead.

To equalise the match, Indian player Sarangapani Raman scored one goal for the country in the 70th minute of the game.

France managed to score their second goal through Persillon, in the 89th minute.

However, during the match, India could not succeed in two penalty kicks- first by Sailen Manna, as the ball flew over the crossbar, while the second by Mahabir Prasad, whose shot at the goal was saved by the French goalkeeper.

Despite playing barefoot, the Indian team impressed in the only match they played, losing 1-2 to France.
The Indian team was acknowledged and appreciated by the crowd for their good sportsmanship.

One British media report said, "The French had been given a run for their money – and that, too, by the barefooted Indians!"

In a press conference after the match, the Indians were asked why they played barefooted, to which the captain Talimeren Ao said, "Well, you see, we play football in India, whereas you play Bootball!" 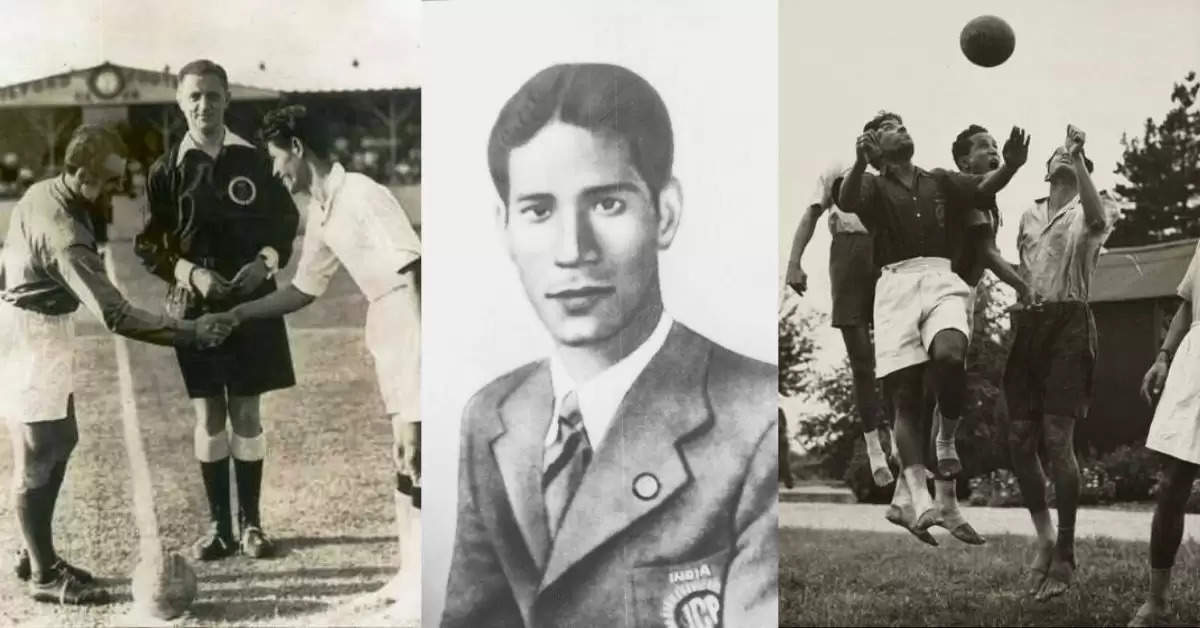 This was applauded by the British and the next day Ao's comment was in the headlines of London's newspapers.

It was even rumoured that at a reception in Buckingham Palace, King George VI made Manna roll up his trousers to check if his legs were made of steel.

The Football at the 1948 Summer Olympics tournament, was eventually won by Sweden against Yugoslavia.

It is worth mentioning that India last qualified for the football Olympics in 1960. From 1992, FIFA allowed only U-23 national teams to play in the tournament at the Olympics. India has played eight football matches at the Olympic Games, and managed one win, one draw, and lost in six of them.

From 1948 to 1960, India qualified regularly for the Olympics and the period is still regarded as Indian football’s golden era.