Men's U-25 State A Trophy: Meghalaya crush Sikkim by 9 wickets in opener

Meghalaya won the toss and chose to field, a decision from captain Abhishek Gupta that proved to be the right one. 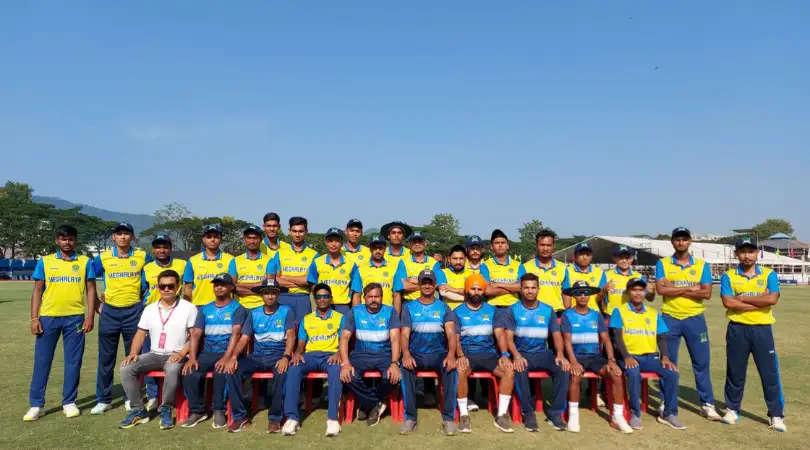 A wonderful all-round effort saw Meghalaya trounce Sikkim by nine wickets in their opening Men's U-25 State A Trophy 50-over Plate Group match in Guwahati on November 17.

Meghalaya won the toss and chose to field, a decision from captain Abhishek Gupta that proved to be the right one.

Agreas Chamcham Sangma bowled his full quota of 10 overs, giving away just 16 runs while claiming three wickets. Bibek Poudel, in a spell of just eight deliveries, came on at the end and scalped 2/1, while Mukesh Kumar Ray (2/17) and Abhishek Kumar (2/23) also claimed a brace of wickets. Lokesh Turaha was the other bowler used by Meghalaya and he took 1/15 as Sikkim were bundled out for just 86 in 35.2 overs.

Meghalaya lost the one wicket but otherwise did not falter in the chase, hitting 89/1 in just 15.2 overs. Arien B Sangma was the more aggressive batter at the start but Gupta came into his own later in the innings and finished as the top scorer with an unbeaten 41 (seven fours) off 50 deliveries, while Arien ended on 29 not out (five fours) off 39 balls. The pair made 79 together as Meghalaya came home with plenty of time to spare.

Meghalaya will next face Nagaland on November 20.

The fixtures for Meghalaya's Men's U-25 State A Trophy campaign has been released by the BCCI.

The Meghalaya Cricket Association's selectors have also picked a 22-member squad that will represent the state. The team will be led by Abhishek Gupta as captain and Abhishek Kumar as vice-captain.