Bengaluru FC Vs NorthEast United FC: A nail-biter in offing

Today’s match will also be about between an Indian and a foreign coach on the sidelines of the pitch - their different approaches towards managing a team. 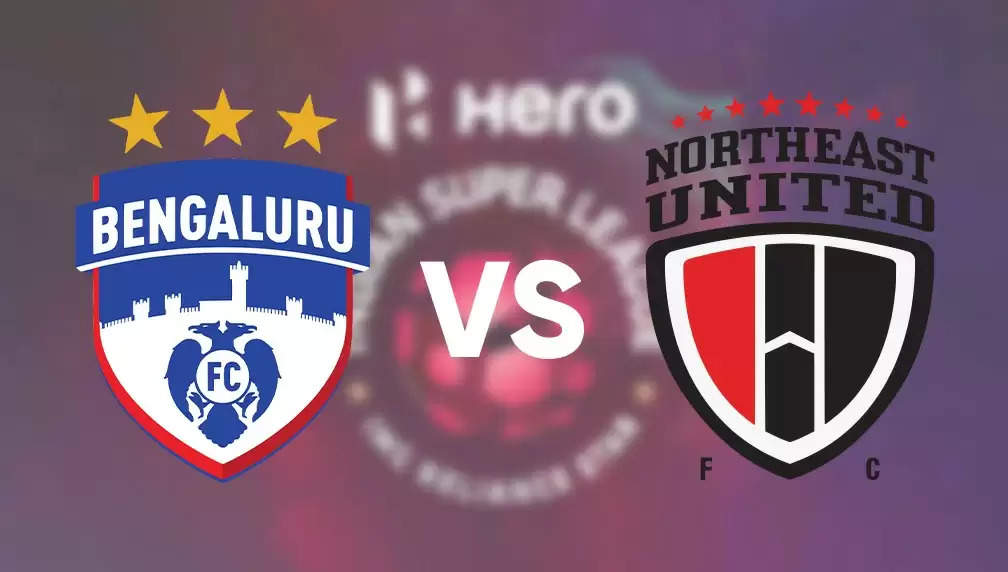 Big day for the fans of NorthEast United FC (NEUFC)! It’s matchday 2 of the Indian Super League (ISL) Season 8 and in a few hours’ time, the Highlanders will be locking horns with the Southern outfit Bengaluru FC in the GMC Athletic Stadium of Bambolim, Goa, at 7:30 pm.

Before we go dissecting both the teams – detailing their strengths and weaknesses, and give you a fair idea which team will dominate the game - let’s see what the statistics have to say.

To go by the records, Sunil Chettri-led Bengaluru FC has a clear edge over Subhashish Roy Chowdhury-led NEUFC, and the former will be the favourite to win today’s encounter. In the past, the Blues have gone past the Highlanders five times in 10 head-to-head encounters, and the former would definitely like to keep it that way.

However, no statistics have ever helped any team win a football match and considering it’s a new season, the Highlanders will like to continue from where they left last season. "We have to be focused to win our first game of this ISL season, and if we manage to play our best, then everything will be fine for us,” said Khalid Jamil, NEUFC head coach, on the eve of the match.

Like it or not, this match will also be a bout between an Indian and a foreign coach on the sidelines of the pitch - their different approaches towards managing a team. On one hand, Jamil, the NEUFC head coach, is known for his solid defence and tactical mid-field play, and on the other, it’s The Blues’ new German-born Italian coach Marco Federico Pezzaiuoli, who is for his counter-attacking strategies and solid mid-field play. In short, it will be a spirited contest between both the tacticians, and fans would have plenty to cheer for.

In terms of firepower, both the teams have a loaded arsenal that can trounce any team in the tournament. For NEUFC, Jamil, the sole Indian coach in the ISL, will depend heavily on Jamaican striker Deshorn Brown and Martinique International Mathias Coureur to put up a good show.

In defence, the Highlanders would look up to Australian Patrick Flottman, along with other talented Indian players to nullify any attack.

For Bengaluru FC, no brownie points of guessing, the responsibility to hit the NEUFC’s net will rely heavily on Indian and Bengaluru captain Sunil Chhetri.

Apart from skipper Chhetri, The Blues have a good bunch of foreign players as well who can give any opposition a run for their money. Professionals such as Iranian Iman Basafa, Bruno Ramires, Brazilians Alan Costa, Cleiton Silva, Congolese Prince Ibara and centre-back Yrondu Musavu-King, all will be hungry to register their name in the scoring chart.

"NorthEast United are an excellent squad with a great collection of players and a coach that inspires them from the sidelines. They reached the semifinals last year, and while we don't want to dwell on the past, we must appreciate them as an opponent," said Bengaluru coach Marco Pezzaiuoli before the match.

"Our group for this ISL season has a terrific blend of experience and youth, and they've gelled quite well over the previous few months as well," added the BFC coach.