'Bad light’ for government, information for public – Journalism in times of COVID

While this situation is perhaps going to worsen on a political front, woes of media will catch up, with many media houses already facing the additional brunt of financial challenges due to which many employees have lost their jobs. 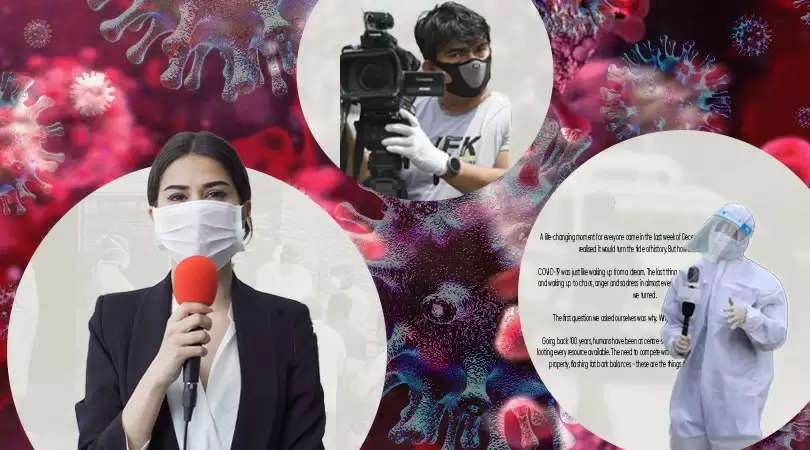 India today stands in a highly vulnerable position holding the highest number of active COVID-19 cases in the world. However, a lesser-known datapoint also shows India holding the global spot for the third-highest COVID-19 fatalities amongst journalists.

India has 107 corona-casualties concerning media persons, the third-highest on the list behind Brazil (181) and Peru (140), according to Press Emblem Campaign (PEC) - a Swiss media rights and safety body.

However, despite the frontline efforts of journalists to bring timely and accurate information even in these challenging times, recent developments in the country have targeted journalists who are being loathed by various political and ideological factions for allegedly showing the government in a ‘bad light.’

While this situation is perhaps going to worsen on a political front, woes of media will catch up, with many media houses already facing the additional brunt of financial challenges due to which many employees have lost their jobs.

“The risk for field journalists is very high. But nobody seems to take notice of it, whether it is the State Government or the Indian Government or any other organisation. So, I guess it’s back to the good old days where we have to fight it on our own,” said David Laitphlang, president of the Shillong Press Club, adding that journalists are not getting due recognition for their efforts on the ground.

Opining that journalists must compulsorily be treated as frontline workers and given safety, Laitphlang also urged journalists to take all necessary precautions when performing their duties on the field, irrespective of the circumstances.

Recently, pictures of international news agency Reuters, showing bodies being cremated in large numbers in Delhi, sparked controversy in the country. Some supported the photo story of the agency but others rebuked it for violating the sanctity of a burial and being insensitive towards the families.

“They (people) should be actually cursing the media for not speaking up earlier. Look at the number of dead bodies that are being brought and the lines outside the crematoriums. Accept the truth that this is what it is and that the silence of the media contributed to the problem,” Samrat Choudhury, a noted columnist and the former resident editor of The New Indian Express, said.

Choudhury also added that the sanctity of seriousness, when it came to taking certain media reports seriously, was also fading because some big media houses focused too much on one or two individuals for financial gains, in times when people required actual briefing for understanding the ground scenario.

“They were busy demonising Mamata Banerjee in West Bengal and focusing on elections in five states. They should have had the good sense to focus on more important things and to prepare for this calamity,” he said.

When the first wave of COVID-19 struck the country last year, the topic of mental health had also taken centre stage which is yet again being spoken about now, given that the statistics show the situation is far worse this time around.

In one of the regional studies on COVID conducted by Jeevan, a Jamshedpur-based suicide prevention centre, data shows that about 100 people have committed suicide in the steel-city in just the four months of 2021.

“We sensationalise a lot of stuff, and we need to curb this a bit. There has to be a balance. There are other issues as well. Let us focus on everything. Let us report about the recovery rates and how the vaccine has helped people. Good things are happening too,” Esther Verma, a senior journalist from Nagaland, said.

Director of the Commonwealth Human Rights Initiative (CHRI) Sanjoy Hazarika said that while journalists must hold a mirror to the society and government, it was also their responsibility to check facts and not merely rely on forwards and press statements as this foster a precedent to raise fingers on the ethics of journalism.

“The role of the media is to speak truth to power and (show) compassion for the weak. Should some Indian media not do it and instead focus on non-essential news, international media and social media platforms continue to report on the corona crisis in the country. So, information remains extensive and accessible,” Hazarika observed.

It is largely acknowledged that today media is facing a challenge to be forcefully biased, just to satisfy certain influential powers who hold control using money and legal enforcement.

In the 2021 rankings of press freedom published by Reporters Without Borders, India features in the 142nd rank, below countries such as South Sudan and Myanmar which are known for their hostilities towards the press.

However, despite that, a handful of journalists in India still remain true to their profession to report the most accurate information for the public, even in challenging times such as the COVID pandemic.