Refuting reports, the collector said that he was not a minor but a 23-year-old who was caught overspeeding in his motorcycle. 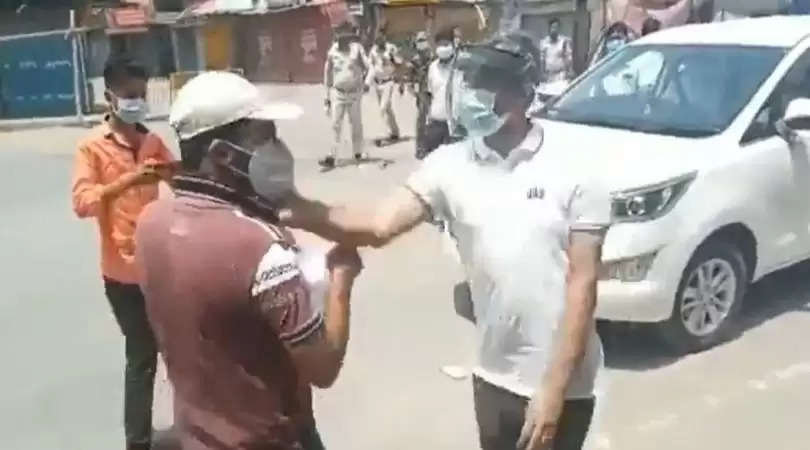 The district collector of Surajpur district in Chhattisgarh on May 23 apologised for slapping a man and throwing his phone on the ground on the pretext of violating Covid-19 norms during the lockdown.

The social media video which went viral saw the collector slapping the man and telling two police officers who were present on the spot to hit the man with sticks.

In a statement issued on May 22, Collector Ranbir Sharma said, “Today a video is viral on social media in which I am shown slapping a man who was out during lockdown. I sincerely apologise for today’s behaviour. I had no intention to disrespect or belittle the person in the video.”

Sharma added that he too had recovered from Covid-19 while his mother continued to battle the infection, asking the public to strictly follow Covid-19 norms so that the transmission chain can be broken.

Refuting reports, the collector said that he was not a minor but a 23-year-old who was caught overspeeding in his motorcycle.

It may be mentioned that this is the second incident coming to light under a month, following a Tripura DC’s video where he was seen hitting people to stop a marriage that had supposedly gone beyond the government-specified hours.