Police informed that both the culprits and the victim are Bangladesh nationals and the crime was committed in India. 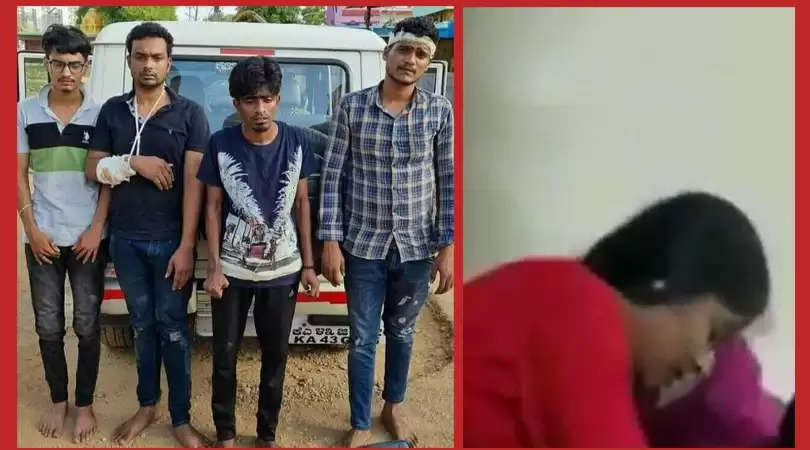 The Bengaluru police have identified the culprits involved in a sexual assault case, the video of which has gone viral on social media.

Police informed that both the culprits and the victim are Bangladesh nationals and the crime was committed in India.

A case has been registered against six persons including two women, at the Ramamurthy Nagar Police Station, for sexual assault and physical abuse.

All the accused have been arrested in Bengaluru.

The incident of the young woman's assault was recorded in a video that was shot in Karnataka and circulated on social media, sources reported. As per police reports, the video was taken nearly 15-16 days ago.

The four men arrested by the Bengaluru police were identified as Mohammad Baba Sheikh, Ridoy Babo, Sagar, Akheel. The police has withheld the identity of the women.

One of the culprits, Rifatul Islam Hridoy alias Ridoy Babo, was identified after having found his photo posted on Facebook with the name Ridoy Babo. The picture was taken in Dhaka’s Moghbazar, the Bangladesh police revealed.

Rifatul Islam Hridoy came to India three to four months back and was involved in many illegal activities through TikTok, sources reported.

Hridoy is said to be currently stationed in Karnataka but investigation is on to confirm his official entry into the country. He left Bangladesh to come to India without informing his parents, a senior Bangladesh police official informed.

Meanwhile, according to Bangladeshi reports, the police have also found the family members of the victim woman in Bangladesh, and informed that the girl had been out of contact with her family members for the past two years.

The victim had married a man in 2014 who lives in Kuwait, sources informed. The girl was reported to have been tortured by her in-laws since her marriage, which led her to stay at her father’s house for about five years after marriage, sources added.

According to reports, the girl tried to flee the country to go to Saudi Arabia to meet her father’s financial needs. The father had managed around Rs 30,000 to send her to the country through a broker. The young woman left for India without telling anyone, since then.

The victim who had escaped to a neighbouring state, has been traced by the Bengaluru police and will be taken into probe.