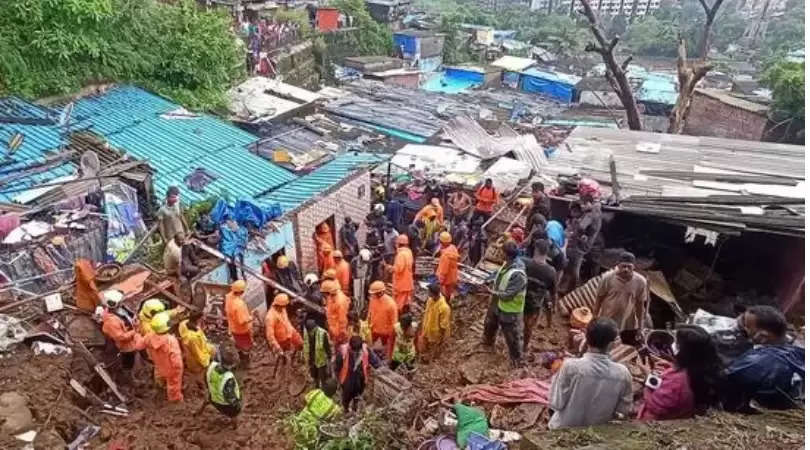 Three separate incidents of landslides claimed as many as 25 lives, and left several injured in eastern and central Mumbai suburbs on Sunday.

The National Disaster Response Force (NDRF) rescued 16 persons from the sites as rescue operations are underway to find more people from the landslide affected areas.

Meanwhile, the Prime Minister's Office (PMO) has announced an ex gratia of Rs 2 lakh to the next kin of the deceased, including Rs 50,000 for those injured in the incidents.

The Indian Meteorological Department (IMD) had on Saturday, issued Orange Alert and predicted heavy rains in the next 24 hours across different parts of Maharashtra.