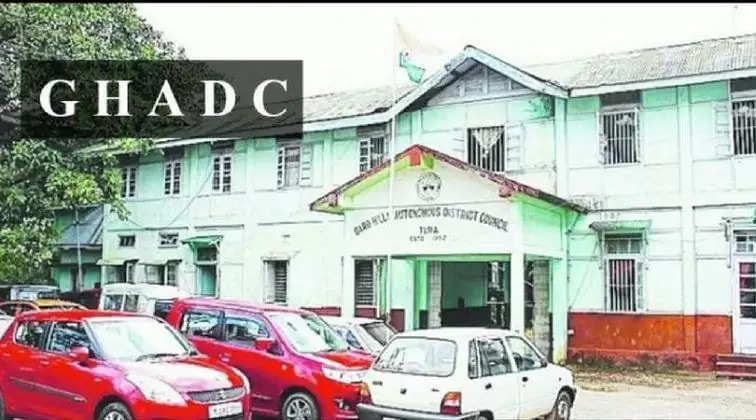 In yet another shocker, the Garo Hills Autonomous District Council (GHADC) has again under scanner for its alleged corruption practices.

After the ghost bills' episode, the GHADC is now being targeted by social organisations for providing falsified information under RTI.

The tourism department of the council has provided falsified information under RTI, the matter, of which came to light after Achik Youth Council (AYC) sought a meeting with the CEM of the NPP led EC, Dipul Marak to seek answers, yesterday.

What is even more shocking is that the contractors, who were supposed to have done the job and under whom the projects stood, were not even aware of what had transpired and had no knowledge of the bills. To top it all, the work order was done towards the first week of December, sanction for the project given in the second week and work shown as completed and money withdrawn in the third week of December.

"They completed projects in 4 days! Some of these projects are worth Rs 18 lakhs and they finished it in 4 days! Must have been helped by God along the way," Maxbirth G Momin, the general secretary of AYC.

Incidentally, the AYC had filed an RTI seeking information on projects taken up by GHADC under its own funds for the month of December from the tourism department while also filing another one with the finance department for confirmation.

"Tourism replied that projects were not sanctioned for the month of December and as such had not started yet. However, the finance department RTI showed projects worth over Rs 2 crores were sanctioned and the money withdrawn. When we investigated, we found almost nothing on the ground and the entire amount withdrawn," remarked AYC convener, Dardy GC Marak.

"Not only that. They have withdrawn money for projects that were not even in the list of projects given to us. Seems they don't even cross verify their own facts before giving. These shameless people are looting the entire Garo Hills through sham contracts, sham bills and more. Everything about them is just a sham," added Priyam Ch Sangma, another AYC activist.

The NGO met the CEM of GHADC yesterday where they submitted a complaint on the matter and sought stringent punishment for the people behind the scam.

"The CEM has stated that the matter would be taken up in the EC meeting this Friday after which action would be taken. We are hoping for exemplary action against those people involved. Imagine this is just one month and one department, so you can understand the extent of the corruption in GHADC," added Maxbirth.

A contractor, whose name appeared on the list of projects, has denied any knowledge of the project he was supposed to undertake.

"I had no clue on what happened and only came to know after the NGO informed me on the subject. I had submitted my documents in the hope of getting projects to do but never knew that they would submit my name for ghost projects and withdraw money in my name. This is shameful," said the contractor who sought anonymity.

"All sanctions were made in cash and submitted to the UDAs for distribution. In fact some of the mid level officers even went to the extent of saying that they had been ordered to sign and had no other option. This is criminal offence and comes when the GHADC has not been able to pay over 16 months of salary to employees," said Dardy.

This, however, is not the first time that the GHADC has lied under RTI. Earlier too when the GHADC was asked for the total amount of money received, it lied that it had only got Rs 48 crores, whereas through RTI again it was found that the forest department itself had shown earnings of over Rs 64 crores!

"They are playing with the lives of employees. The Council's sources itself is enough to pay the salaries of the staff but they won't do that. They take the money for themselves and leave everyone crying," said Maxbirth.