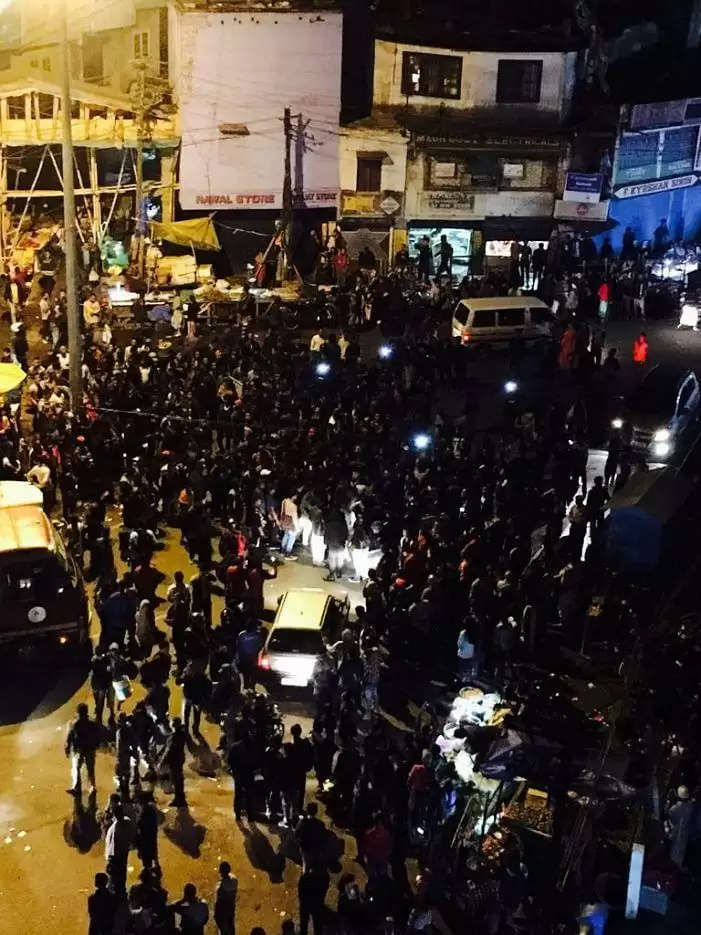 Five days after Shillong was marred by turmoil and unrest, the city is slowly limping back to normalcy and Meghalaya's biggest market place-Iewduh is gradually coming back to life.

The 5-day long clash between protesters and security forces has left many injured while landing some of the protesters in jail.

A total number of 100 police personnel were injured during the violent protest which erupt at Motphran and Mawkhar area over the issue related to shifting of settlers from Them Iew Mawlong.

Informing this here today, SP (City), SA Rynjah informed that there are around 100 police personnel who were injured during the violent protest in the past few days.

"There were few personnel who were seriously injured. One of the personnel got 32 stiches," Rynjah said.

It may be mentioned that Rynjah is among the personnel who was injured in the violent clash.

Further, the SP City informed that there are around 40 people who have been detained for violation of the curfew adding that around 10 to 15 of them have been booked under various provisions of law for stone pelting against the police personnel.

He said that normalcy has started to return in and around the Shillong city especially in the violence disturbed areas.

"In view of the improvement of the situation, we have also relaxed the curfew hours throughout the city," Rynjah said.

According to him, they have found out that the agitators hail from other districts and were not aware of the real issue which has led to this problem.

"We are trying to investigate to find out what has led to this whole problem," SP (City) said.

He, however, appreciated the efforts of the local Dorbar Shnong for assisting the police to calm down the whole situation.

Meanwhile, he informed that the police have arrested two people – identified as B Miza and Anil Basi for assaulting the three youths.