FIFA World Cup 2018: Brazil beats Serbia to get into last 16; to meet Mexico in next stage 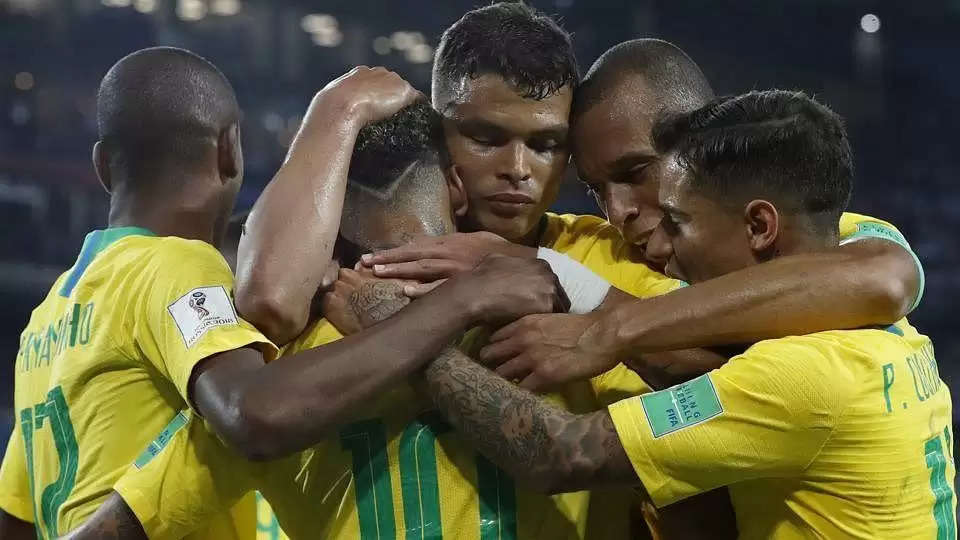 MOSCOW, June 28, 2018: Brazil eased into the World Cup knockout stages after defeating Serbia 2-0 on Wednesday, with superstar Neymar sparkling in a win which sets up a last 16 clash against Mexico. Paulinho put Brazil ahead with a superb dinked finish on 36 minutes before Neymar swung in a cross for Thiago Silva to header the Selecao's second goal with 22 minutes left in Moscow. Having opened his Russia 2018 account with the second of Brazil's two late goals in Friday's 2-0 win over Costa Rica, Neymar was again impressive. After the tearful emotion of Saint Petersburg, Neymar cut a more joyful figure after this win, blowing kisses to the crowd as the five-time champions celebrated.

As Group E winners, Brazil will now face Mexico in Samara on Monday, with group runners-up Switzerland taking on Sweden in St. Petersburg on Tuesday.

In the pre-match build-up Brazil coach Tite said Neymar alone can not "shoulder the responsibility" for his team's World Cup hopes.

However, the 26-year-old seemed content to carry Brazil's attack, motoring through Serbia's midfield and crashing an early shot just wide of the post.

The match at Moscow's Spartak Stadium began at a ferocious tempo and Brazil left-back Marcelo was an early casualty, limping off after ten minutes to be replaced by Filipe Luis.

Neymar had the best chance of the opening half hour when he forced Serbia goalkeeper Vladimir Stojkovic to palm his shot away.

Tempers frayed when Serbia midfielder Adem Ljajic scythed down Neymar, in full flight on the left flank, to earn a booking on 33 minutes.

Brazil conjured the opener from nothing when a beautifully lofted pass from Philippe Coutinho found Paulinho, who flicked the ball over Stojkovic's reach on 36 minutes to make it 1-0 at the break.

Manchester United midfielder Nemanja Matic was the next Serbian midfielder to be booked when he fouled Manchester City star Gabriel Jesus on 48 minutes.

Serbia's brightest spell came with half an hour left, only to be let down by poor finishing.

Ljajic stumbled to take a return pass after a charging run into Brazil's box and then fired over shortly after.

Then with his defence beaten, Brazil goalkeeper Alisson palmed a save straight at Aleksandar Mitrovic, but the Serbia forward could only head the ball back into the grateful arms of the Brazilian shotstopper.

To cap Serbia's frustrations, Sergej Milinkovic-Savic fired wide, then Mitrovic guided a powerful header straight at Alisson from a corner.

However, Brazil made sure of the win when Neymar swung in a free-kick and his Paris Saint-Germain team-mate Thiago crashed home his header, unmarked at the near post, on 68 minutes.

With one eye on the last 16, Tite took off Countinho with ten minutes left while Neymar twice went close to scoring the Selecao's third late on, but the Brazil coach can be happy with his star forward.