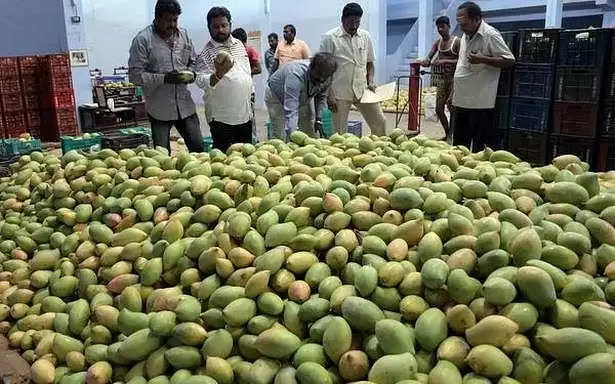 GUWAHATI, May 27, 2018: Over 12 quintals of mangoes were destroyed after food inspectors detected that chemicals like carbide were used to ripen them in a market here, an official release said.

A team of food safety officials from Kamrup Metropolitan district seized 12.5 quintals of mangoes at Fancy Bazar, the largest commercial place of the North East yesterday, the release said.

"The fruits were seized by the team. These have been ripened by using chemicals like carbide," it added.

"Later, the sellers themselves destroyed the seized fruits with the help of Guwahati Municipal Corporation officials at the spot.

The approximate cost of the fruits assessed as Rs 62,000," it said.