Assam: In a first, Bangladesh to take back 33 of its illegal migrants 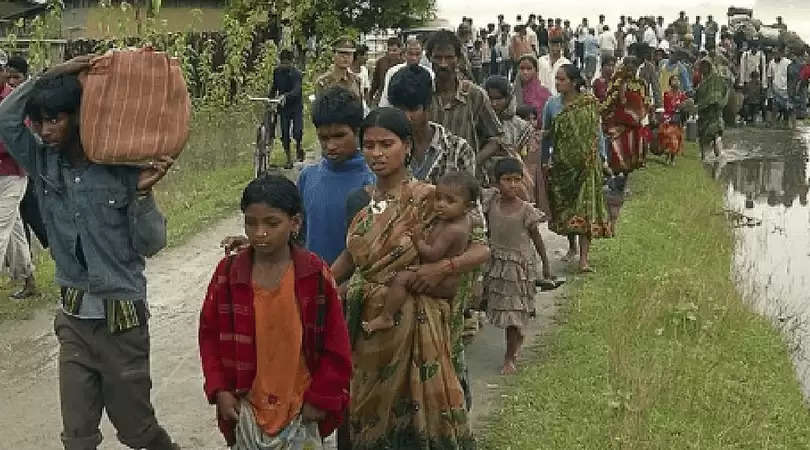 GUWAHATI, May 30, 2018 (TNN): In a first, Bangladesh has agreed to take back 33 of its national infiltrators by various foreigners tribunals in Assam. These migrants are currently in various detention camps.

Dhaka's decision will not only add a new dimension to the bonhomie between the two countries, but will also change the tone and tenor of the agitations for and against the Citizenship (Amendment) Bill, 2016 and the National Register of Citizens, whose final draft will be out on June 30.

Earlier, Bangladesh, especially under Khaleda Zia's Bangladesh Nationalist Party, would deny the presence of its citizens on Indian soil.

Additional DGP (special branch) Pallab Bhattacharya told TOI Bangladesh's decision was a "goodwill gesture" because there is no repatriation or deportation treaty between the two countries. "Bangladesh's assistant high commissioner, based in Guwahati, recently toured the detention camps and met the convicted infiltrators," he said.
Last month, Bangladesh had identified 152 of its nationals lodged in the camps and written to the external affairs ministry proposing repatriation in batches.
Bhattacharya said the Centre, in 2013, had issued instructions to Assam not to push back but deport the illegal foreigners to Bangladesh. He said the addresses of the persons in the detention camps were shared with Bangladesh.
He added, "After Bangladesh verified the addresses, it became clear that they are Bangladeshi citizens. Being declared as a foreigner by a tribunal does not necessarily mean that the person is from Bangladesh".
Featured image: worldhindunews.com