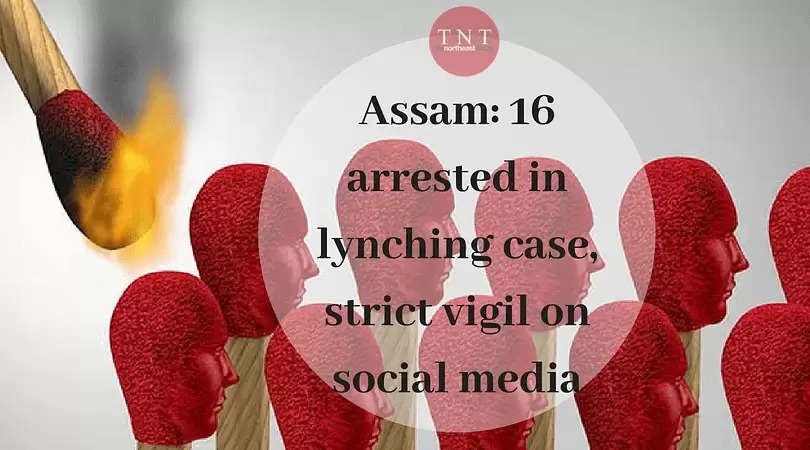 GUWAHATI, June 11, 2018 (PTI): As many as 16 people have been arrested in connection with the lynching of two men in Karbi Anglong district of Assam, while a senior police officer has been given charge to keep a vigil on rumours in social media, the DGP said today.

Among those arrested, included the man who allegedly fanned the rumour on social media that child lifters have entered Assam, Director General of Police Kuladhar Saikia told reporters.

While Additional Director General of Police Mukesh Agarwal is monitoring the investigation, ADGP Harmeet Singh has been given the charge of keeping a strict vigil on rumours on social media, Saikia said.

He appealed to the people not to get swayed by rumours on social media and immediately inform police if they came across any such post.

The police has released some telephone numbers through which the people can contact them. They can also inform the nearest police station, the Superintendent of Police or the police headquarter in Guwahati about, the DGP said.

He said security in vulnerable areas of the state has been intensified and special patrolling was being conducted, particularly in the weekly Sunday markets, to prevent any untoward incident.
Featured image: Representation