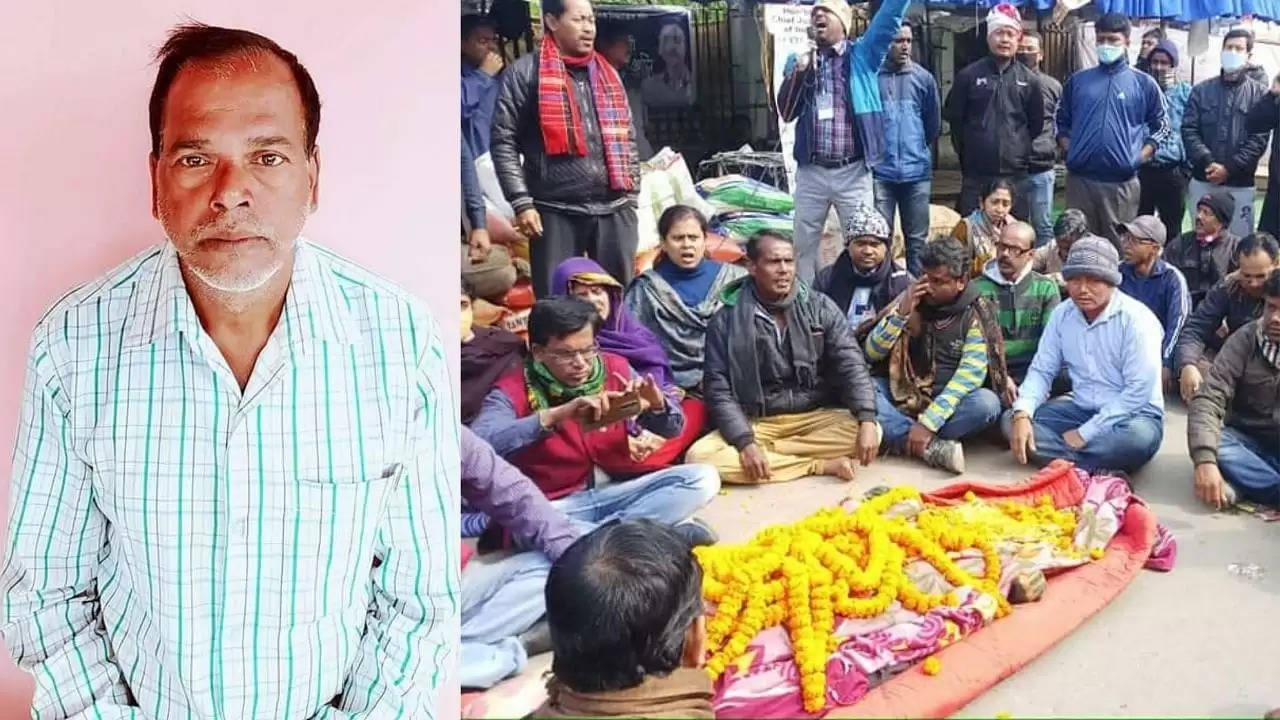 The sacked teachers of Tripura held a protest in front of the Education Department (Shikha Bhavan) in Agartala with the dead body of one of their colleagues on Monday.

However, the teachers moved to Battala crematorium, after a furious argument with security and government officials.

The deceased teacher, identified as Ajit Sutradhar, suffered a brain stroke on Monday morning, and was taken to the hospital, but succumbed to his sickness.

Hailing from Nayanamura of Chandrapur area, Sutradhar was a graduate teacher and had been in the profession for ten years.

Like other sacked teachers, it devastated Sutradhar when he lost his job, and according to his family members, Sutradhar was worried about his income.

About 10,323 teachers in Tripura have been agitating since December 7 and completed the 50th day of their mass protest on Monday.

The BJP government under Chief Minister Biplab Kumar Deb had also assured them jobs on the assumption of power before the state polls in 2018.

“The government is still silent. Various organisations have been repeatedly appealing to the government to address the issue of teachers from a humanitarian point of view. But no government representative has spoken to us yet,” the leader of the sacked teachers, Dalia Das, said.

“They can’t sit in the exam again,” Das said.

The teachers had earlier fixed January 25 as the deadline for the state government to come to negotiations.

They also threatened to intensify their protest if the government fails to meet their demands.

So far, the death toll of teachers rose to 84 with Sutradhar’s demise.