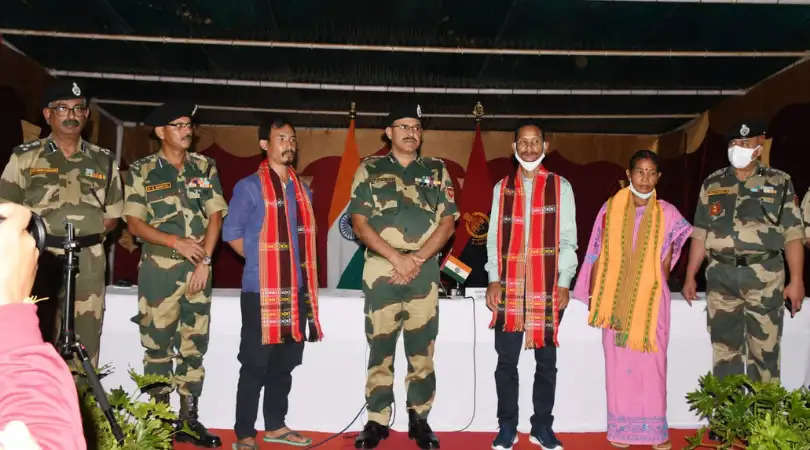 At least two cadres and one commander of the banned militant outfit National Liberation Front of Tripura (Biswa Mohan) group surrendered before the Special Branch of Tripura Police and BSF, Tripura Frontier, on November 9.

During the surrender, they also laid down 10 AK-47 live rounds, NLFT collection receipts, and a few Bangladesh currency notes.

During preliminary interrogation, it was revealed that the cadres had joined NLFT (BM) organization camp at Kachutali in 2019.

It is also learned that they were motivated to join the extremist group with a promise of a bright and prosperous future. But on the ground, they saw a contrary picture of hardship and adversity.

The 51-year-old Roaja alias Hemchang of Bhaktomanipara claimed to hold the rank of self-styled captain in the outfit. He had joined the outfit in 1995 and was an active member of the group since then. The government too had listed him as one of the most wanted cadres.