One dies, several injured after police allegedly open fire at protestors in Tripura 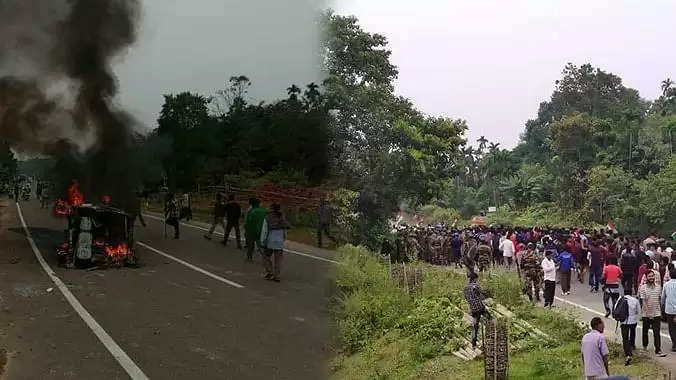 One died and several others sustained injuries after Tripura security forces allegedly opened fire on members of the Joint Movement Committee (JMC) on Saturday, during a protest against the resettlement of displaced Bru migrants in Kanchanpur sub-division, Tripura.

The protesters had blocked the national highway in three places -Chamtilla, Pecharthal and Panisagar market area.

JMC, consisting of Bengali and Mizo organisations, have called for an indefinite strike from Monday alleging breach of promise by the Tripura government in the resettlement of Bru migrants in Kanchanpur subdivision.

"Today was the 6th day of our indefinite strike but one personnel of Tripura State Rifles (TSR), without any provocation, opened fire at the protesters in which one Srikanta Das from Dasda was hit by a bullet. He was rushed to the hospital but he died due to bullet injury, " Dr Zairemthiama Pachuau JMC Chairman told TNT-The Northeast Today.