Ganja worth around Rs 1 crore seized in Tripura's Khowai district 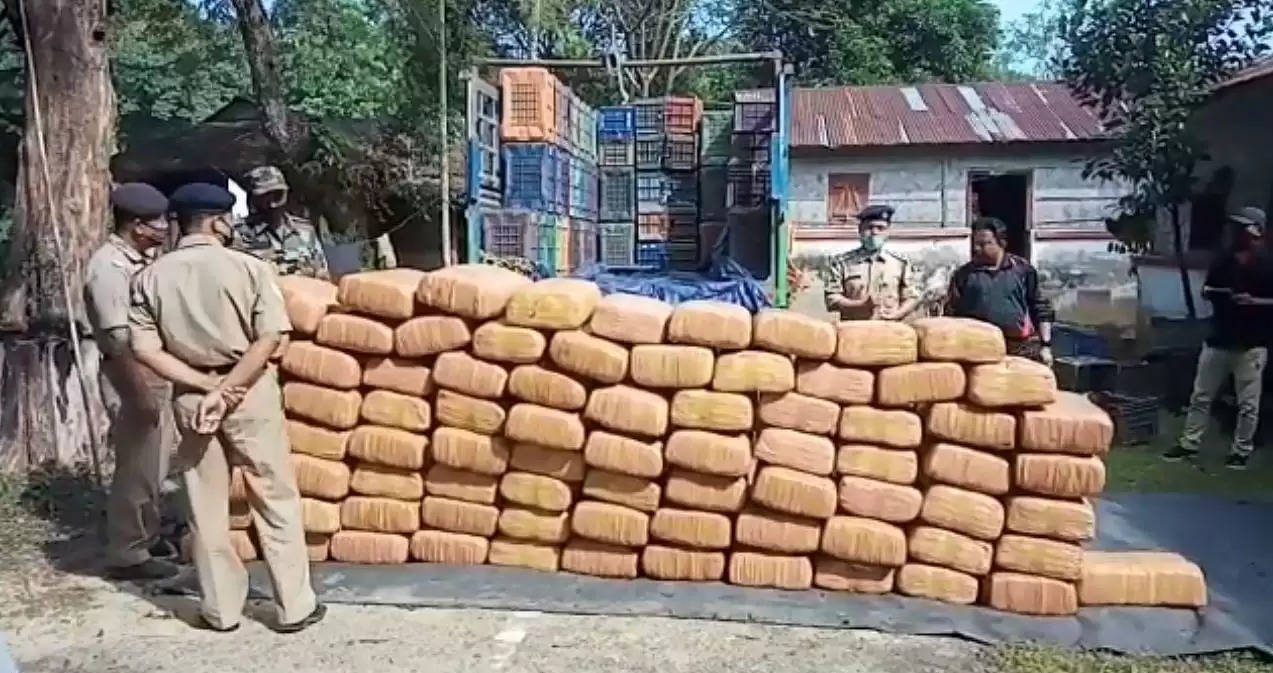 AGARTALA: Tripura police on Sunday recovered a huge stock of ganja (cannabis) worth around Rs 1 crore at Teliamura in Khowai district.

Based on reliable information, the police force led by Teliamura Traffic DSP Sona Charan Jamatia intercepted one truck, which was coming from Agartala, at Hawai Bari Naka Point.

A search was conducted and, police recovered eighty packets of ganja from the truck, which was also loaded with vegetables.

Reportedly, the ganja packets were hidden under the vegetables.

The police have arrested the truck driver, Shibu Sarkar in connection with the case.