The All India Kishan Sabha (AIKS) Tripura unit secretary Pabitra Kar said that the decision was taken during a state committee meeting held on November 11. 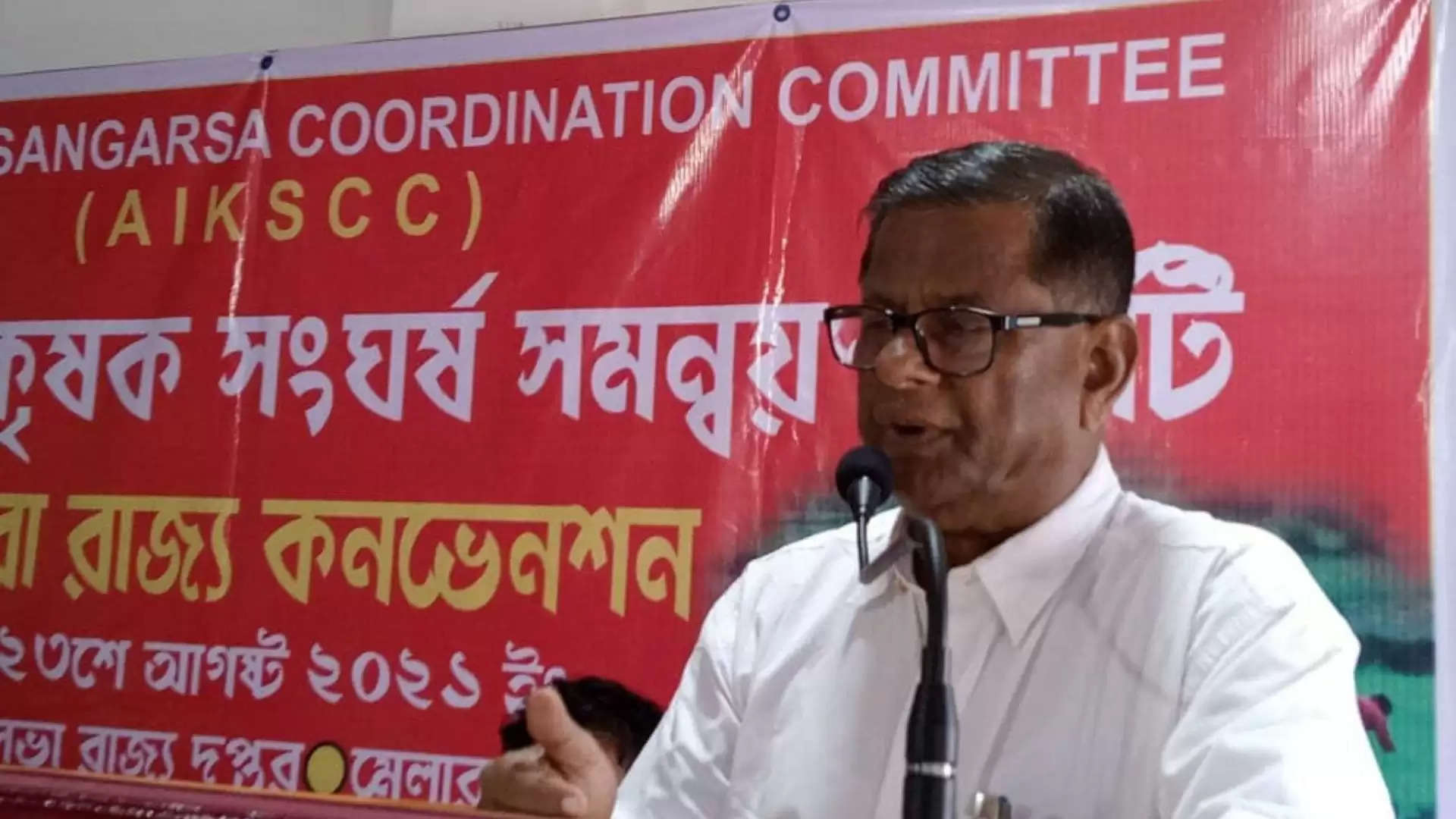 To observe the completion of one year of the farmers’ movement against the Centre's three agriculture laws, the All India Kishan Sabha Tripura unit will hold a peaceful protest in Agartala on November 27.

The All India Kishan Sabha (AIKS) Tripura unit secretary Pabitra Kar said that the decision was taken during a state committee meeting held on November 11.

Rueing the large-scale non-procurement of paddy (kharif crops) of the state by the Centre, Kar said, “The farmers are facing acute problems. No fertilizers are available in government godowns. By the end of December, we will hold a mass gathering in Agartala. The date is yet to be finalised,” he said.

In view of the upcoming civic body election on November 25, Kar alleged that the Bharatiya Janata Party (BJP) goons are forcing opposition candidates to withdraw their candidature by unleashing a series of attacks on them across the state.

“Everyday opposition parties in our state are coming under attack and we have to fight against it. Do vote, but don’t give it to BJP,” Kar urged.

Notably, 500 farmers from Punjab, Haryana, Rajasthan, Uttarakhand, Madhya Pradesh will hold a peaceful tractor march to the Parliament every day during the Winter Session starting 29 November.