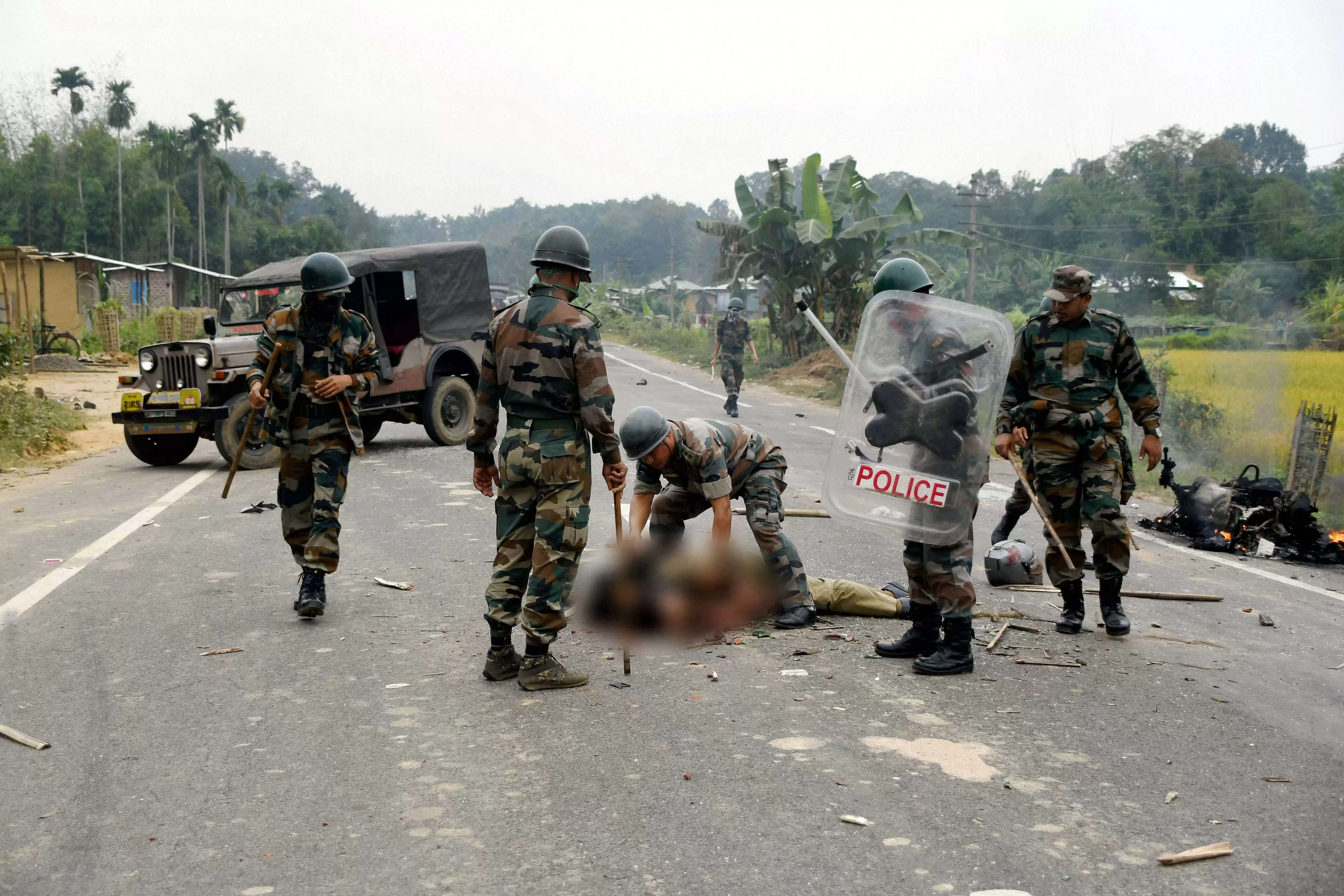 The death toll in the firing incident in Panisagar area of Tripura rose to two on Sunday with a fire service employee succumbing to his injuries, a police officer said.

43-year-old Srikanta Das, a carpenter who was among the protestors, was killed and at least 23 others were injured when police opened fire at picketers, who had blocked the Assam-Agartala National Highway at Panisagar in North Tripura district on Saturday, police said.

The demonstrators were protesting against a government plan to rehabilitate over 6,000 Brus in Kanchanpur sub-division.

The Joint Movement Committee (JMC), comprising Bengalis and local Mizos, had called an indefinite bandh in Kanchanpur and had blocked the highway on Saturday.

Trouble started, when a contingent of police and paramilitary, including Tripura State Rifles (TSR), was involved in a scuffle with JMC activists following an altercation over the withdrawal of the road blockade.

JMC convenor Sushanta Baruah alleged that police personnel had opened fire on the protestors "who were demonstrating peacefully" while ADG Rajiv Singh said the police was compelled to fire in self-defence since the crowd had turned unruly and tried to snatch weapons from the security personnel.

Meanwhile, JMC chairman Zairemthiama Pachuau said, the indefinite strike, which entered its seventh day on Sunday, is continuing at Kanchanpur.

"The situation is calm but tense. We are waiting to discuss the situation with a government delegation, comprising a minister and some MLAs, which is likely to be held here at 4 pm.

"State Minister for Social Welfare, Shantana Chakma informed us that the delegation is on way from Agartala, about 200 km from here', Pachuau told PTI over the phone.

The state government has ordered a magisterial inquiry into the police firing and has announced a compensation of Rs 5 lakh to the family of the deceased.

State Law Minister Ratan Lal Nath, who is also the cabinet spokesperson, said that the probe would be conducted by the district magistrate of North Tripura, Nagesh Kumar, and he would submit the report "within one month".

The JMC chairman had told the newsmen recently that the North Tripura district magistrate had assured that 1,500 families would be settled in the area.