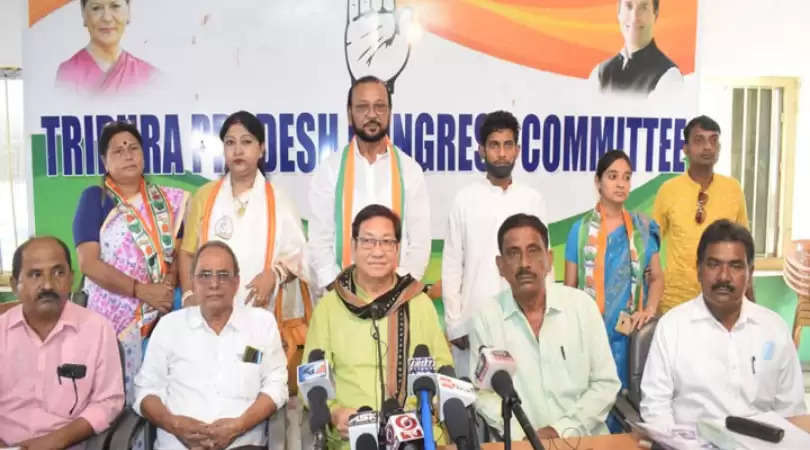 AGARTALA:
Ahead of the upcoming civic body polls in the state on November 25, the Tripura Pradesh Congress Committee (TPCC) on November 1 has announced a list of 34 candidates out of the total 51 seats.

Of the 34, 14 are women candidates and the rest would be announced later, said TPCC chief Birajit Sinha on Monday.

“The common people are suffocated by the misrule of the central and state government. Prices of petrol, diesel and cooking gas have risen abnormally. The prices of daily necessities too are increasing every day. The Bharatiya Janata Party (BJP) government has started looting the people,” Birajit said.

He, also added that the government of Tripura, in the last three and a half years, has provided no employment to the youth of the state.

“The future of the youth is dark. The only alternative is Congress in the country as well as the state. Congress would issue a manifesto for the people in the upcoming elections,” he said.