In a series of such operations on the intervening night of November 10, the BSF troops foiled various smuggling bids and successfully seized contrabands and illegal items worth lakhs from various locations. 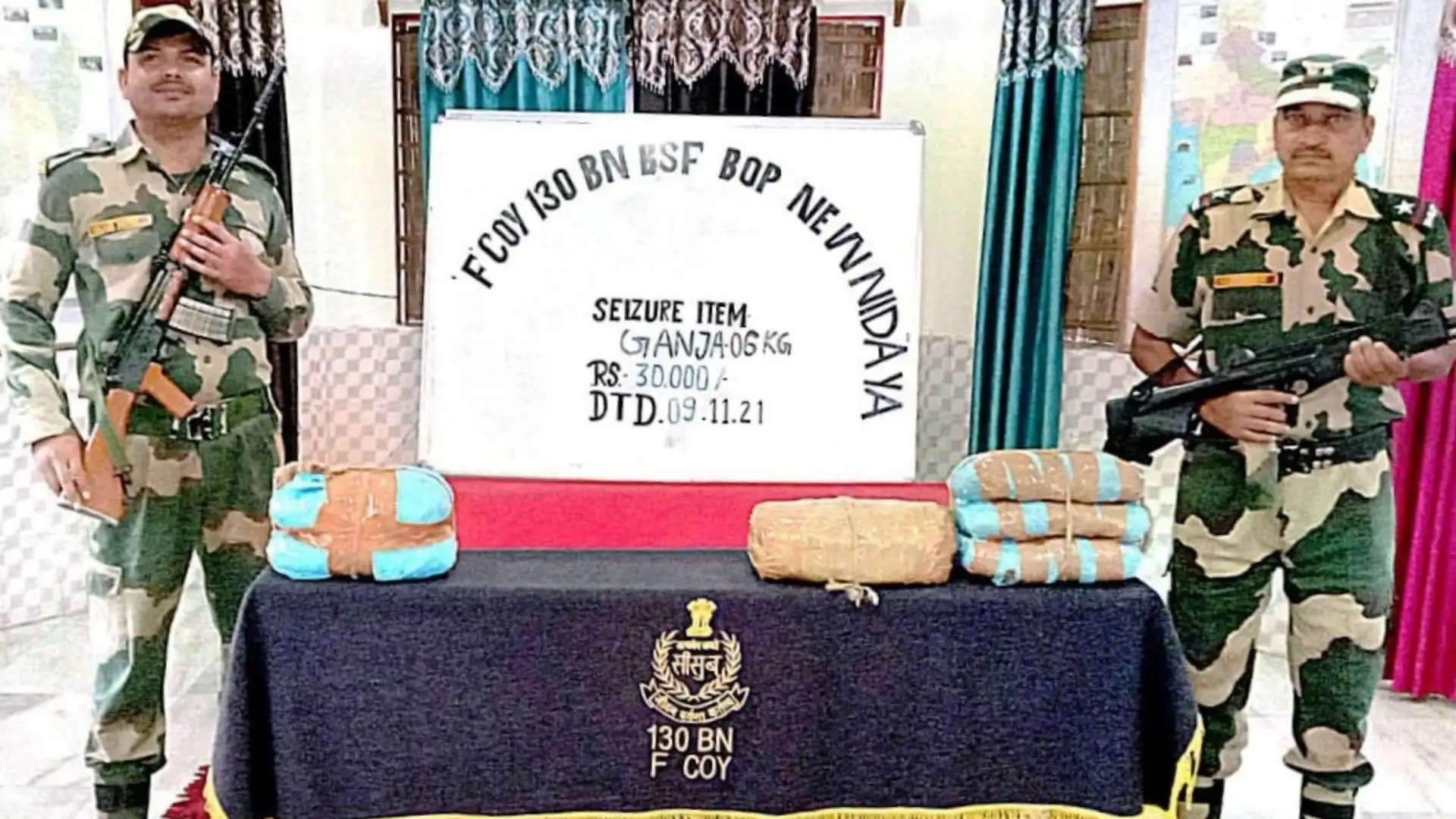 Achieving considerable success in its fight against the trans-border smuggling of narcotics and illegal items, the Border Security Force (BSF) seized contraband items worth Rs 7.79 lakh from various locations, on November 10.

In a series of such operations on the intervening night of November 10, the BSF troops foiled various smuggling bids and successfully seized 650 Yaba tablets, 51.3 kg marijuana (ganja), 39 bottles of illegal liquor, 18 bottles of Phensedyl / Eskuf Syrup and rescued 3 cattle heads, besides other contraband items having a combined value of Rs 7,79,941.

On the intervening night of November 9, based on a specific intelligence input, vigilant BSF troops of Border Out Post Kalamchoura, Ex-150 battalion BSF, Gokulnagar seized 650 Yaba tablets and 24 kg marijuana (ganja) in the general area under Kalamchoura police station of Sonamura Sub Division of Sepahijala district. The seized narcotics have been handed over to the police.

The BSF troops of Tripura Frontier have been regularly seizing various contraband items in the bordering areas of the state.