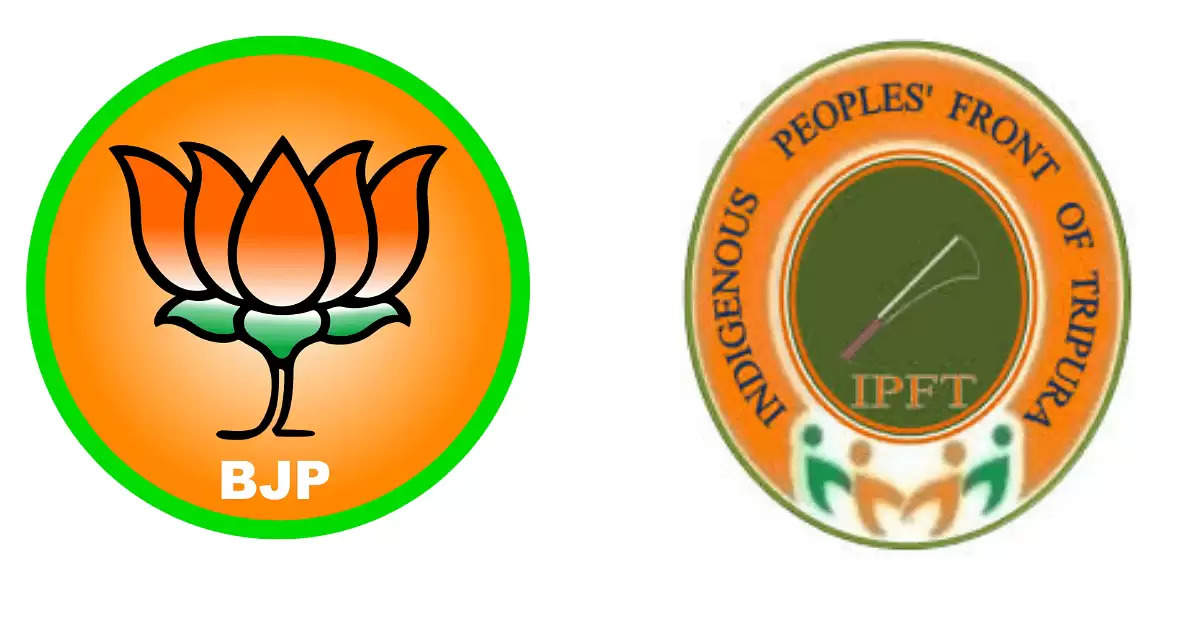 The reported clash between the ruling BJP and its ally, the Indigenous People's Front of Tripura (IPFT), seems to have widened following the latter's refusal to attend a meeting that was supposed to be held in Agartala on Tuesday evening.

The meeting between BJP and IPFT leaders scheduled to be held at the Deputy Chief Minister's official residence in the capital city on Tuesday evening stands postponed.

Sources informed that the meeting was supposed to discuss the seat-sharing possibilities for the upcoming Autonomous District Council (ADC) polls in the state.

Sources said, the meeting if held would have been inconclusive because the IPFT had already allied with the newly formed political party - Tripura Indigenous Progressive Regional Alliance (TIPRA) last week.

The IPFT and TIPRA had last week decided to contest the Tripura Tribal Areas Autonomous District Council (TTAADC) polls together and demand for 'Greater Tipraland'.

However, IPFT's decision to contest the election with TIPRA did not go down well with the BJP, whose leaders alleged that they were not informed of the "sudden" shift of allegiance.

BJP MP Rebati Tripura had, on Tuesday, asked IPFT leaders to clear all doubts concerning the alliance with TIPRA.

Meanwhile, IPFT Assistant General Secretary Mangal Debbarma clarified that his party is still an ally of the BJP.

"For the past one year, we have been pressing the BJP's central leadership over matters related to (the) socio-economic and cultural development of the tribals; but neither the central nor state BJP has responded positively to our pleas even though, before the assembly election they had promised to cede a large number of ADC seats to us," Debbarma stated.

He said there was nothing in their agreement with the BJP that prevents them from having an alliance with any other party.

The tenure of the last Executive Committee ended on May 17, 2020, but the election could not be conducted due to the COVID-19 situation, prompting the state government to appoint an administrator in the ADC.

However, after some IPFT-backed lawyers petitioned the Tripura High Court, the state government was asked to conduct the ADC election within May 17 this year.