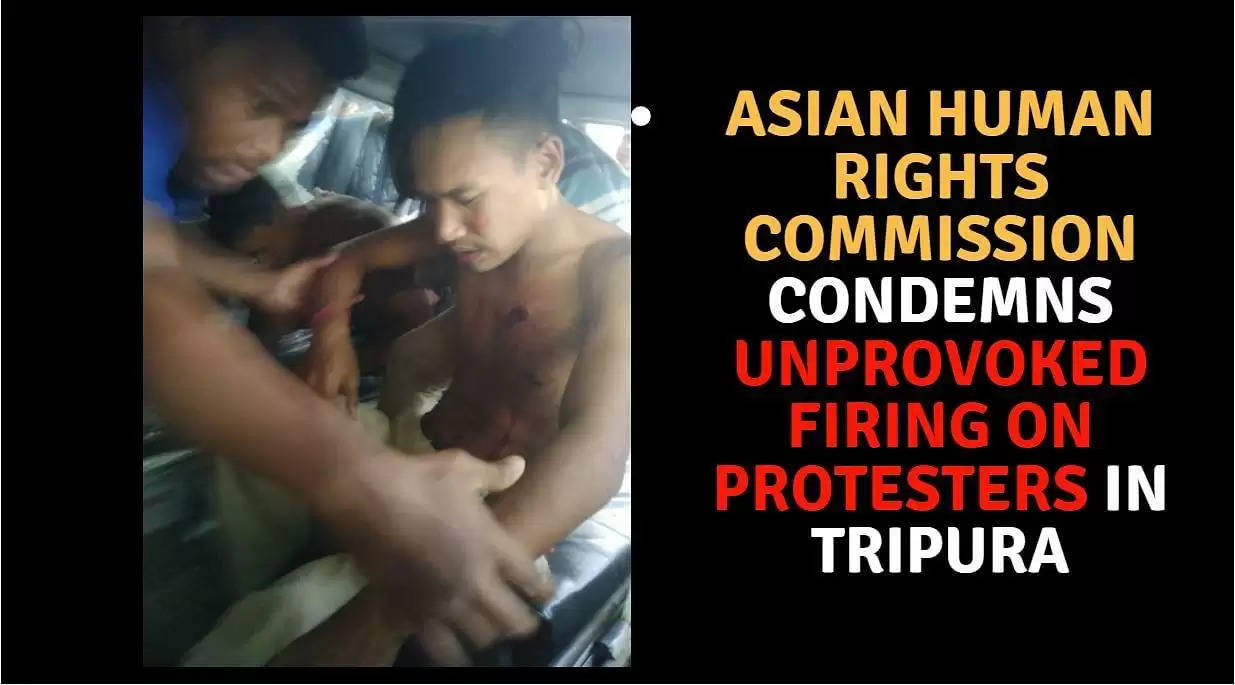 The unprovoked firing by security personnel at protesters in Tripura opposing the passage of Citizenship Bill on January 8 that led to 6 unarmed persons being seriosly injured has now caught the attention of the Asian Human Rights Commission (AHRC).

In a recent article dated January 18, the AHRC highlighted the incident as one among many around Asia that violated human rights.

They stated in their article, " This week Just Asia begins with India's north eastern state of Tripura, where police opened fire without any warning against protesters on January 8. Two young men were shot in the chest and are in critical condition. They were peacefully protesting against the Citizenship Amendment Bill, 2016, which is seen as highly inimical to the indigenous peoples of the North East Region. Suddenly, several police vans arrived and started firing indiscriminately at the protestors".

Read the full report about this incident below: