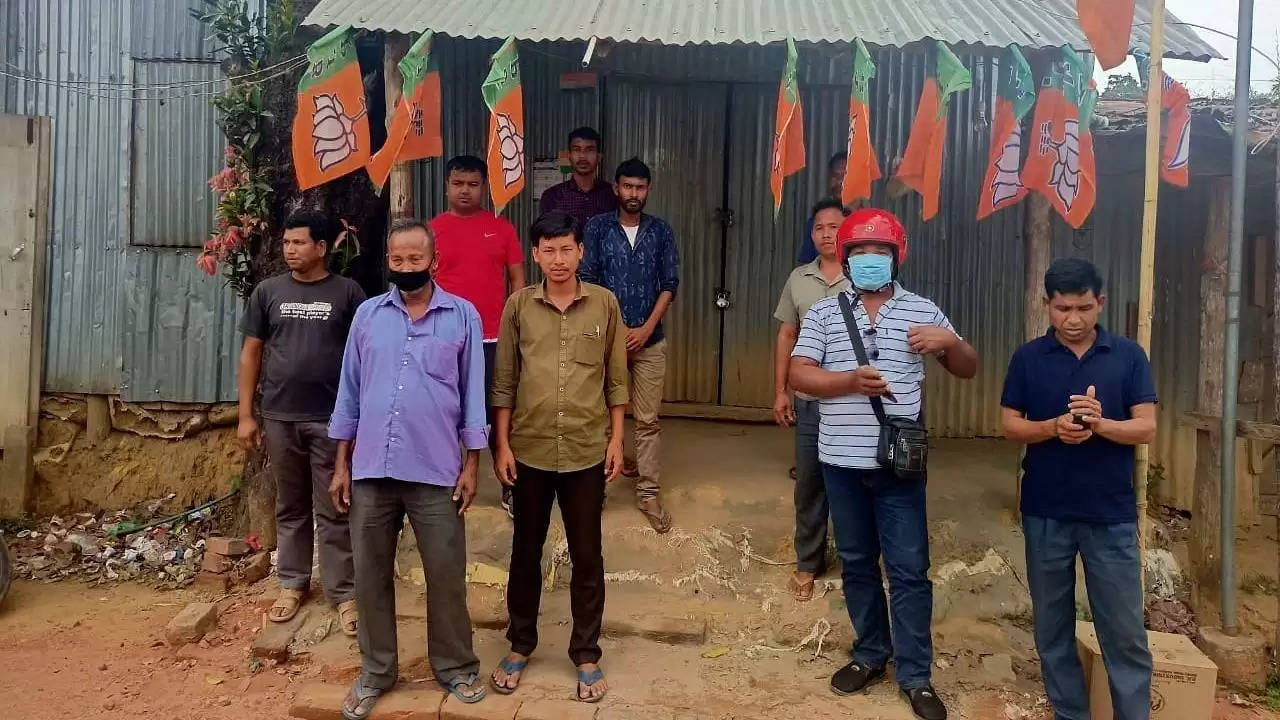 The Bharatiya Janata Party (BJP) in Tripura is facing a major dilemma as a majority of supporters and party workers refuse to accept the alliance with the Indigenous Peoples Front of Tripura (IPFT) for the upcoming ADC election.

BJP MP Rebati Tripura and other leaders of the party earlier said that they would fight the ADC election alone, but under pressure from the Delhi leadership, the BJP formed an alliance with the IPFT.

Although there is an alliance between the two parties, three seats are being contested in a “friendly manner.”

The IPFT had announced the names of their candidates in seventeen seats and the BJP in fourteen seats. Bodhjangnagar-Wakinagar, Kathalia-Mirza-Rajapur, and Natunnagar-Malbasa are the three ADC centres where friendly competition would take place.

However, BJP workers in most of these areas are not accepting the IPFT candidates. Recently, in Mandai, West Tripura district, BJP workers vandalised their own party office and threatened to quit the party.

Meanwhile, BJP workers are reluctant to accept Gita Debbarma, the IPFT candidate from the Maharanipur constituency in the ADC election.

Gita Debbarma is the wife of Mebar Jamatia, the general secretary of IPFT.

The BJP said it would field another candidate if necessary. If not, it would also support TIPRA Motha’s candidate during a meeting held in the Maharani area on Wednesday.

The BJP supporters also locked the BJP Mandal office in Ompi and other BJP offices in the area and also refused to accept the IPFT candidate in the Ompi area.

BJP workers in different areas of the Kamalpur sub-division of Dhalai district also refused to accept the IPFT candidates.

Meanwhile, BJP senior leaders underplayed the matter by stating that the situation “is not a big matter” and that “everything will be managed.”