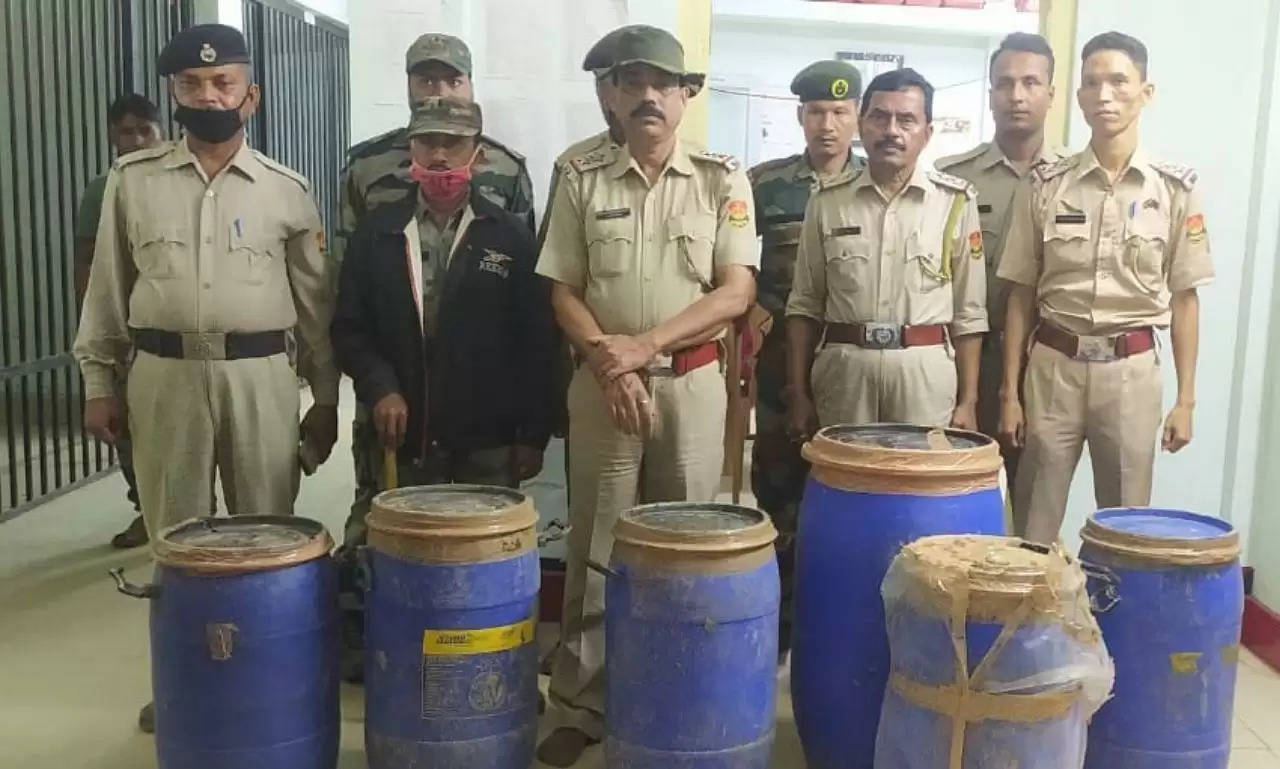 In a joint operation carried out by Tripura Police and TSR (Tripura State Rifles) at Boxnagar of Sepahijla district, security forces unearthed 140 kg of cannabis.

According to police, five small drums and a large drum containing 140 kg of dried cannabis were recovered.

The market value of the cannabis is worth Rs 7 lakh, they informed.

Reportedly, the cannabis was recovered from the house of one Hossain Ali and was stockpiled for sale at a high price to be smuggled to Bangladesh.

A case has been filed in the name of the house owner Hossain Ali at Kalamchaura police station.