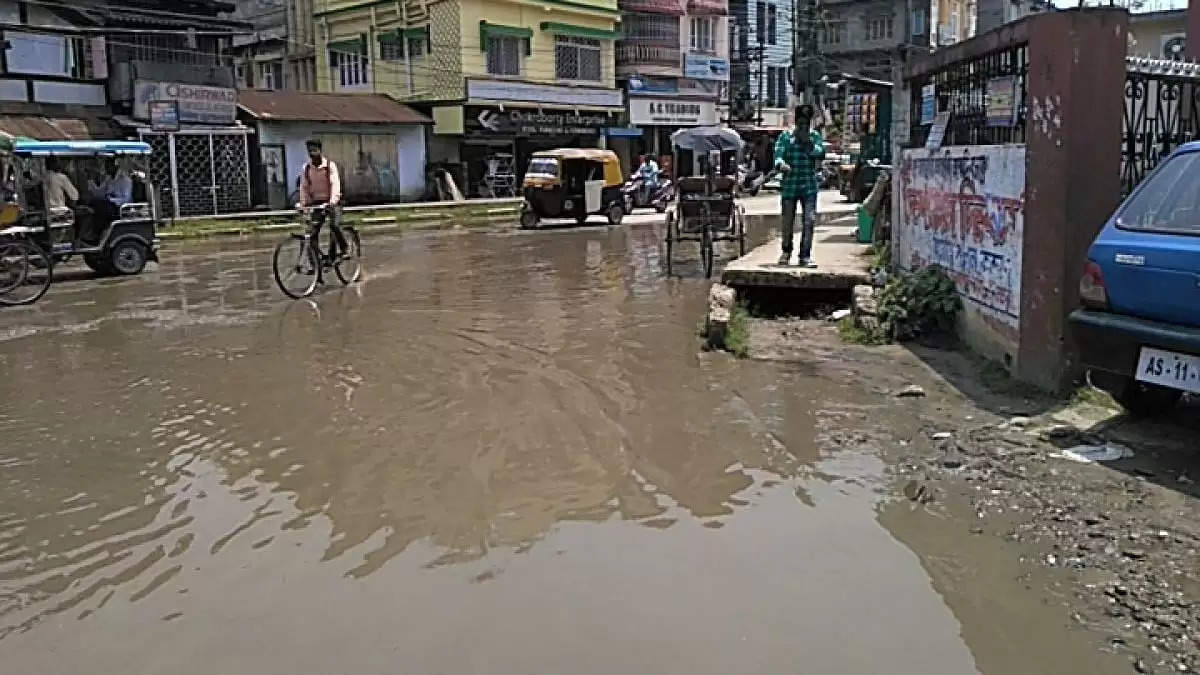 The border row with Mizoram, unemployment and poor infrastructure are prime issues that afflict the common man in Barak Valley, which will see 15 Assembly constituencies going to polls on April 1.

In October last year, several persons from both states were injured in violence along the inter-state border after some temporary huts and shops were gutted, leading to a road blockade on the Assam side for several days.

The death of a resident of Lailapur, in the Cachar district, in November last year also triggered an economic blockade as several trucks carrying essentials were stranded for many days.

Over the past six months, at least three schools in the inter-state border have been damaged by blasts triggered by miscreants, escalating tension in the border areas.

“Over and above, labourers who go to Mizoram for work have to pay hefty sums for both ILP (inner line permit) and work permits, the rates of which have gone up manifold,” Hoque said.

“Apart (from) the border, the common man has been burdened with spiralling prices of essentials…we have never seen the rates of LPG, edible oil and pulses shooting the way it has during the BJP tenure in Assam,” he said.

When asked how he perceives the Assam election results in Barak Valley, he quipped, “I see the Mahajot (led by Congress along with All India United Democratic Front) bagging 13 seats while the other two will be won by the Mitrajot (BJP-led alliance).”

The Congress is alone contesting ten seats while ally, AIUDF is contesting four seats. The parties have a friendly fight in one seat.

Barak Valley primarily has seven Muslim-dominated seats where the Mahajot will have a clear edge.

“The chances are fifty-fifty… the BJP-led alliance might bag seven out of the 15 seats, which is one less than what it won in 2016. The reason being that Congress has flagged the unemployment issue, and many locals (Barak Valley) have been deprived (of) jobs. A medical college was promised last year, but that is yet to be fulfilled,” said a voter, wishing anonymity.

“In the Muslim-majority seats, the promise of AIUDF to reopen the madrassas (which were closed by the BJP government last year) might turn the tide in favour of Mahajot,” he predicted.

The Citizenship Amendment Act (CAA), however, will not be a poll factor in Barak Valley this time.

“A majority of the Bengali Hindus in Barak Valley have supported CAA, which the BJP claims to implement but have been rather silent this time. On the contrary, Congress claims as a ‘guarantee to not to allow CAA to be imposed in Assam if it retains power,” he added.

Infrastructure, too, is an issue.

“For far too long, a majority of the areas in Barak valley have remained neglected and hence, cut off from the other towns outside the valley. Bad roads in the interior areas apart, in Silchar town, the political hub in Barak valley, the flyover and the master drainage plans remain pending. Artificial flood during monsoon is another problem,” a resident of Silchar said.