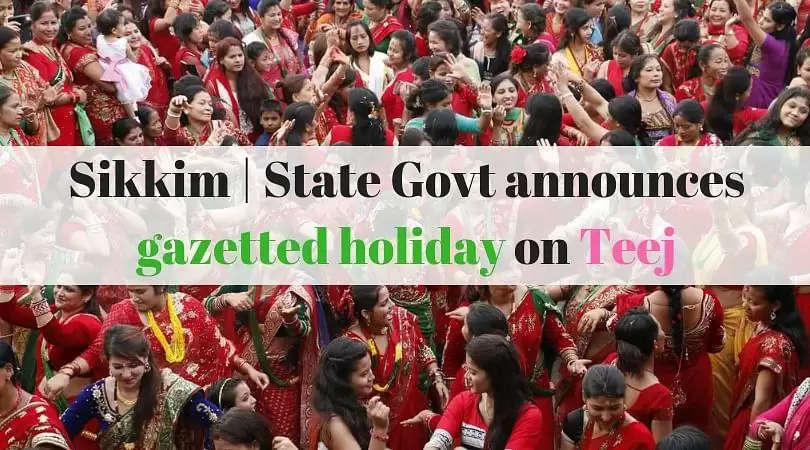 State Government has declared gazetted holiday on 'Teej',one of the festivals celebrated in Sikkim.

She said that it is one of the steps taken to preserve and safeguard culture of different communities in Sikkim.

The festival based on Hindu month Sawan of Lunar calendar corresponds mostly to July.

Women in Sikkim have welcomed this women oriented step.