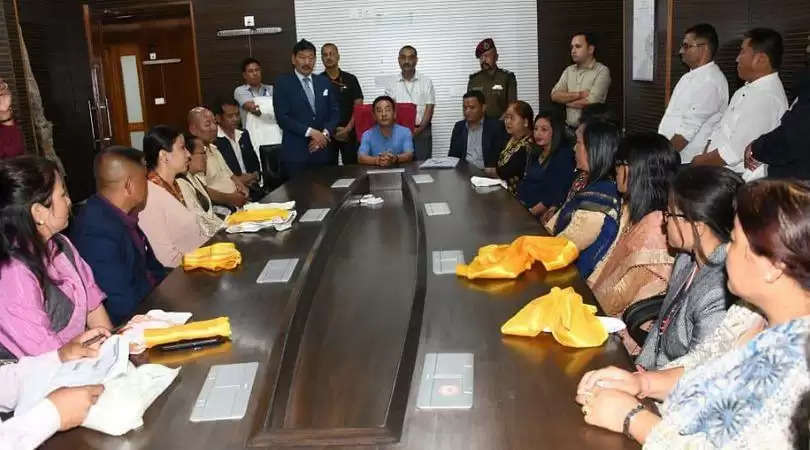 In a major jolt to the Sikkim Democratic Party, a total of 32 SDF panchayat members from Yangthang constituency joined the ruling SKM party on Thursday.

The Chief Minister and the Party President  P. S. Tamang welcomed them and assured full support from the government and hoped to work in tandem for the benefit of Sikkimese people.

During the interaction, the Chief Minister also stressed on strengthening Panchayati Raaj system in the Sikkim by empowering Panchayat members. He further informed the new members of the party that the government is planning to increase the honorarium of Panchayat members, so that they get appraisals out of their job.

He also suggested that  gram sabhas should be of paramount importance to recognise and identify the poor and needy people so that the right people get the grants and the benefits of the government without any bottleneck.