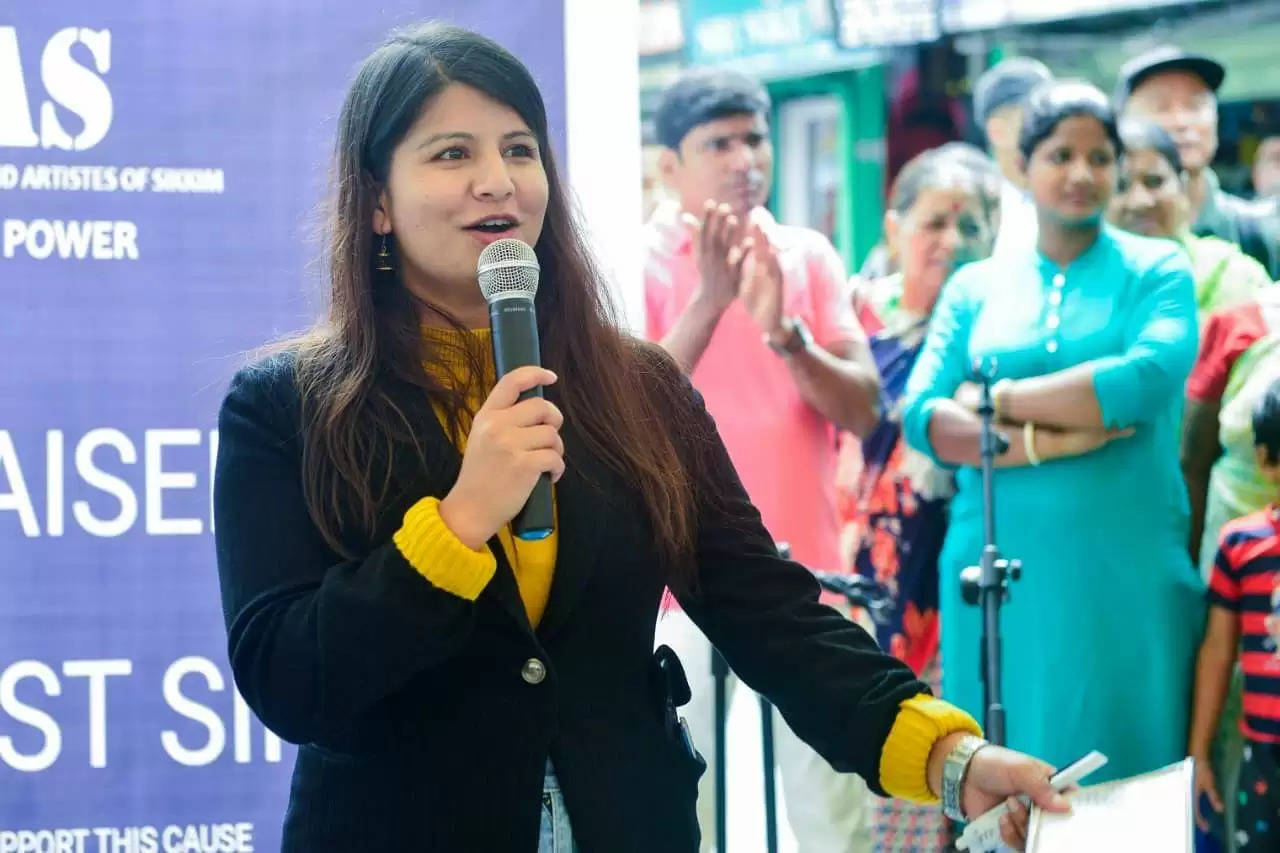 Dilu Sharma from Gangtok has become a familiar face in the online space. Her happy-go-lucky personality for digging out in-depth conversations has made her a much sought after host in Sikkim.

Sharma, once a confused teenager who wanted to try out for UPSC, is now in a crucial stage of her life.

After a year-long stint in hosting, her show 'Oh My God Zindagi' has crossed over 200 episodes, having featured people from across the spectrum including politics, society, business, sports and entertainment.

“We have only seen contemporary Sikkim (and) I want to project our history and people. Let’s be inspired by each other,” she said enthusiastically.

Sharma started with some solace by interviewing people in a show called Sikkim’s Got Talent.

“I had completed my masters and was confused. However, through this show, I realized it was my building base,” she said.

On being asked about what pushed her to start her online show, Sharma responded by stating it was a slight inspiration from entrepreneur Rewaj Chettri, that propelled her to give the idea some serious thought.

“My idea was, to sum up, all aspects of my subjects including happiness, inspiration and life,” she said.

The road to her journey was rocky, but with the help of lyricist-cum-lecturer Sudarshan Tamang, she named the show and channel - Oh My God Zindagi.

After initial episodes, her first breakthrough was an inspiring interview with specially-abled child Bikram Bhattarai. The audience connected to this episode instantly, she said.

In her short but overwhelming good interviews, one particular interview that garnered attention was of former Chief Minister Pawan Chamling.

“Though his party lost in the last election, he was so calm and composed. I thoroughly enjoyed delving into untouched personal aspects of his life,” she said.

The most fun interview, according to her, were the contestants of Voice of Nepal - the Nepalese version of the international TV singing reality series The Voice.

“Managing a team of two people and focusing on the business aspect of an online venture is tough. (But) if you love something, you just have to keep moving ahead,” she said with a deep sigh.

Though 'all about positivity interviews' have earned her a legion of fans, Sharma feels that maintaining the momentum is the most important thing to do.

From fun chit chat programs to cookery shows, Sharma has it all lined up for the upcoming years.

“It is all about inspiring one another,” she added.