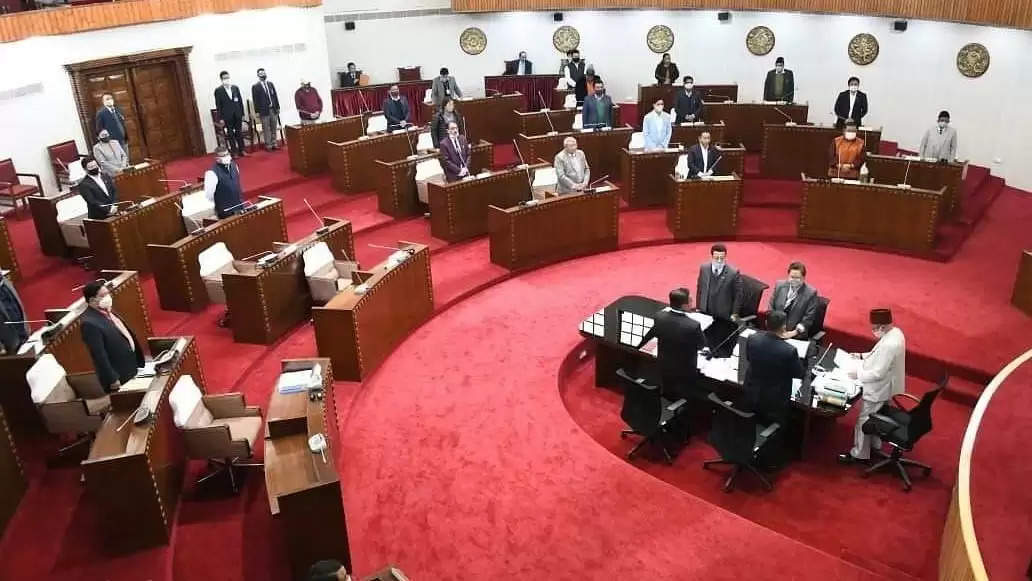 The fourth Session (Part II) of the tenth Sikkim Legislative Assembly (SLA) was held in Gangtok on Friday.

SLA Speaker, L.B Das, presided over the session that witnessed the introduction of three amendment bills, supplementary demands for grants for 2020-21, two appropriation bills and a vote on account for the year 2021-22.

The session started with the obituary reference on the passing away of former SLA member (L) Phetook Tshering Bhutia.

The minister-in-charge of Urban Development, Arun Upreti, introduced the Sikkim Municipalities (Amendment) Bill No-07 of 2021.

The bill will increase the number of wards in the Gangtok Municipal Corporation from 17 to 19.

Up next, the minister-in-charge of the Law Department, Kunga Nima Lepcha, introduced the Sikkim Regulation of Societies, Associations and other Voluntary Organizations (Amendment) Bill No. 08 of 2021.

Under the bill, the State Government deemed it expedient to amend section 3 by inserting a proviso to clause (d) of sub-section (2) and by including the “Power to Relax” clause in the Sikkim Regulation of Societies, Associations and other Voluntary Organizations Act, 2008, through the inclusion of section 8A to remedy the technical difficulties encountered in certain situations.

The supplementary demands for grants were passed by the House.

Likewise, Tamang also presented the Sikkim Appropriation Bill, 2021 (Bill No. 04 of 2021) for the third supplementary demands for grants for the financial year 2020-21.

The bill was introduced to meet the expenditure of the state for the remaining part of the financial year 2020-21.

Tamang also presented the Vote on Account for the year 2021-22 for the disbursement of salaries and wages of all government employees.

During the session, the Chief Minister presented the report of the Comptroller and Auditor General of India regarding the performance audit of select district hospitals in Sikkim for the year ending March 2019, and half-yearly Report 2020-21 on review of trends in Receipt and Expenditure concerning the 2020-21 budget.